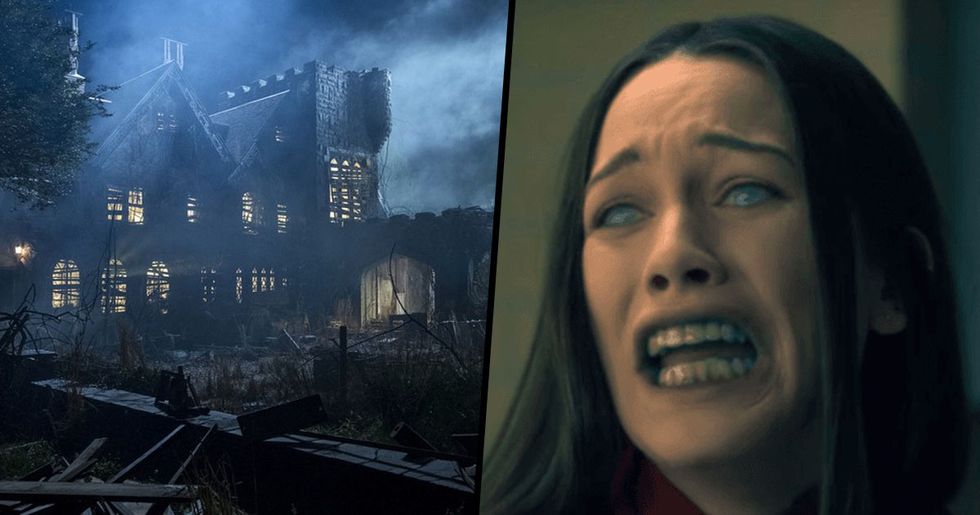 The Haunting of Hill House aired in 2018, and one season in it's already one of Netflix' favorites. It has received plenty of critical praise, and it's even been nominated for 3 awards.

The show is based on a classic horror novel with the same name. Even though there's plenty of jump scares and truly horrifying ghosts, the real horror in it is much more complicated. Both the novel and TV series look at the psychological effects of trauma within a family.

Since Season 1 was so successful, Netflix has signed up for another season. Trevor Macy and Mike Flanagan will return to produce the new season. However, the similarities end here.

The title, the story line, the characters, and the setting will all be different and there's a very good reason for it.

The Haunting of Hill House, Season 1, is based on Shirley Jackson’s horror novel.

Ars Technica named the series No. 1 in their 2018 Favorite TV list, where it shares the winning place with BBC's Killing Eve.

The magazine called it an “inventive re-imagining of Jackson's novel, at once a Gothic ghost story and a profound examination of family dysfunction."

And even though the producers definitely added their unique touch to the story, they nevertheless “stayed true to the tone and spirit of the original, aided by dialogue, narration, and other small details from the source material."

The show has received nominations from the Motion Picture Sound Editors, Art Directors Guild, and Writers Guild of America.

It was produced by Paramount Television and Amblin.

But The Guardian says there’s a deeper, more frightening horror aspect to the series that really lured the watchers in.

“[In the book] the house behaves as haunted houses will, but the tension increasingly comes from wondering whether Eleanor’s hope of independence, of chosen friendship and love, will be fulfilled," Aida Edemariam writes.

Will she eventually get the happiness that she deserves?

“Moments of pure fear are followed by a sense of excitement, a kind of hectic community and camaraderie."

“I have somehow earned this joy," Eleanor thinks, “I have been waiting for it for so long."

Edemariam continues, “But the laughter is ever more hollow; the jokes and teasing reveal their edges and begin to draw blood."

This kind of effect is much harder to transfer on-screen “than shrieks and groans and things that go bump in the night."

Instead, Flanagan and Macy focused on a different way to express this psychological horror. They expanded the family by including Theodora and Eleanor “as two of five siblings, with the narrative flipping back and forth between the children and their modern-day grown selves."

Since “the psychic ramifications of family are at the heart of the book’s considerable power," Edemariam believes such decision makes sense.

Throughout the first season the producers clearly tried to keep “all the ways in which Jackson suggests a haunting can be just as much about trauma, about memory and the unquiet unconscious as about the paranormal."

Now The Haunting of Hill House is coming back to Netflix for Season 2.

Variety reports that Netflix has signed the contract for a new installment, calling it “The Haunting" anthology.

This means you can expect to see new characters struggle in a new story.

Netflix has also made a “multi-year overall television deal" with the show’s creators Flanagan and Macy.

The deal means that Flanagan and Macy will collaborate with Netflix on more projects.

Vice president of original content at Netflix, Cindy Holland says, “Mike Flanagan and Trevor Macy are masterful at creating authentically frightening stories that leave audiences on the edge of their seats, but unable to look away."

“We’re excited to continue our partnership with them on 'The Haunting' series and future projects to come."

Flanagan and Macy will continue working together under Intrepid Pictures.

The feature film is an adaptation of Stephen King’s The Shining sequel, and will have Ewan McGregor and Rebecca Ferguson star as the main characters.

Doctor Sleep will be released on November 8, 2019.

Flanagan directed and wrote the adaptation, while Macy produced it together with Jon Berg.

Trevor Macy is also in the final stages of producing Eli, which will be released sometime this year.

Flanagan and Macy have also collaborated on films Gerald’s Game, Oculus, and Hush, so you have something to watch while waiting for The Haunting of Hill House Season 2.

“Netflix has been an important part of our story, and we’re proud to have worked with them on The Haunting of Hill House," Flanagan and Macy says.

“They’ve enabled and supported a great deal of our work and we look forward to much more."

The new season will be called The Haunting of Bly Manor.

The name is only different because Netflix is making the show into an anthology series, IGN says.

The title of each subsequent season will have a variation of "The Haunting..."

They will also focus on “a different group of characters," meaning it’s time to say goodbye to the Crain family.

But do not worry. American Horror Story is doing the exact same thing, and doing it well.

The Haunting of Bly Manor will be based on The Turn of the Screw, a novel by Henry James.

“The Turn of the Screw is widely regarded as one of the best and most influential horror novels ever written," IGN says.

“It's narrated by an unnamed protagonist, who recounts the details of a manuscript written by a governess."

“This manuscript relays the governess' experiences caring for two children at Bly Manor and her slow realization that the grounds may be haunted."

The novel has been repeatedly adapted to film, theater, and TV. 1961's The Innocents is one such example.

Freeform is currently working on a TV series that will be based on the same novel, according to Den of Geek.

However, it’s likely going to be a much more modern take on the classic horror novel.

Ars Technica says “literary scholars and critics have been debating the novella ever since it was first published."

Why? Because the author, Henry James, made such a great job at confusing the reader, and kept them wondering whether the governess was seeing actual ghosts or was instead slowly losing her mind.

It’s not yet known which of the two approaches Flanagan and Macy will go with.

But, Ars Technica says, “judging by their fantastic Hill House adaptation, they may fall on the ‘the ghosts are real’ side of the debate."

Either way, Ars Technica is confident that “they can also do justice to the psychological complexity and many subtexts of James' novella."

They’re sure the producers will also leave “just a bit of ambiguity to tantalize the viewer."

But Variety says it’s sensible to expect that Season 2 will have some significant differences from the original story.

“For one thing, the novel isn't necessarily dense enough to fill an entire TV season without major additions."

“We assume these changes will include adjusting the setting to take place in the modern era, as was the case with The Haunting of Hill House," Variety adds.

However, it’s also very likely that The Haunting of Bly Manor will be set in a different historical time.

What’s not likely at all, Den of Geek says, is that the Crain family will be back in the new season.

That’s because Flanagan has previously said in one interview, “We tied up all of those threads exactly how they should be. I don’t really see a need to revisit those characters, even in cameos."

So when will we get to see The Haunting of Bly Manor?

Variety says Netflix is planning to release the series at some point in 2020, meaning there's plenty of time to re-watch Season 1.