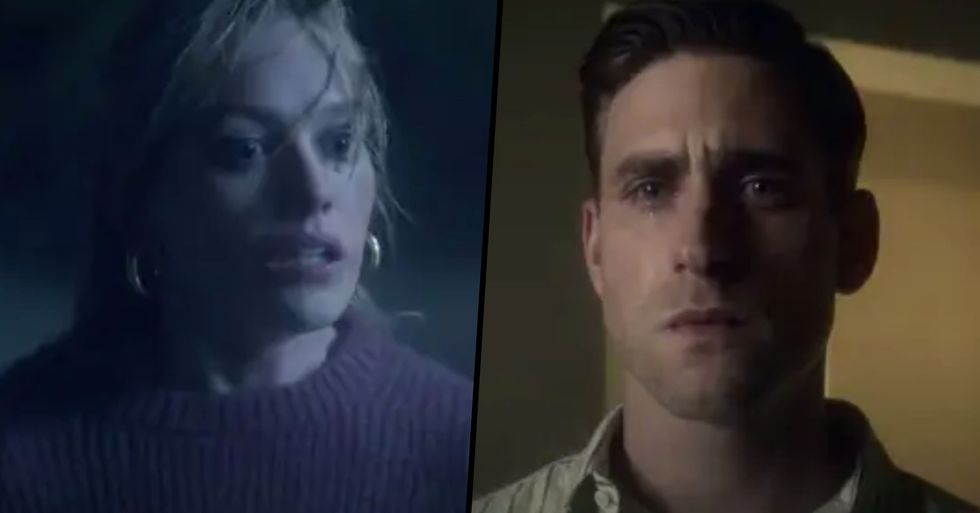 Netflix has just announced the release date of The Haunting of Bly Manor, and it's fair to say we're all spooked out!

Horror lovers even get a look at the first teaser trailer! Keep scrolling for a sneak peek at the new series...

It immediately gained a ton of attention, and it's not hard to see why. Now Netflix has announced the second installment of their horror collection along with the release date and teaser trailer...

Instead of directly following the story of the first season, the second will take on a whole new story. It's going to be called The Haunting of Bly Manor. While there will be no "narrative connection" between the seasons, there will be small Easter eggs and details that fans of Hill House should keep an eye out for.

Fans recently had an exciting announcement.

Back in February, fan got the news that the series wrapped filming.

And now, we've got an idea of when it'll be hitting screens..

Many were worried that the pandemic would have delayed its release, but it seems the series is slated for release a lot sooner than we thought...

Today, Netflix announced that the new season will start streaming Oct. 9, and we can't wait.

It looks even better than the first, if that's even possible.

And terrified isn't the word.

Victoria Pedretti, Oliver Jackson-Cohen, and Henry Thomas are set to star in this series once again.

Kate Siegel is also returning, but we haven't seen her character just yet.

We have some exciting new characters to look forward to like T'Nia Miller's Mrs. Grose, Amelia Eve as Jamie, and Tahirah Sharif as Rebecca.

Rahul Kohli from iZombie will also star in this season, but the trailer doesn't show much of him.

We can't wait to see what the series has in store!

If you're looking for something else spooky to watch, scroll on for the top 10 scariest movies on Netflix right now...