Have You Ever Wondered Why We Drop a Giant Ball on New Year’s Eve? | 22 Words 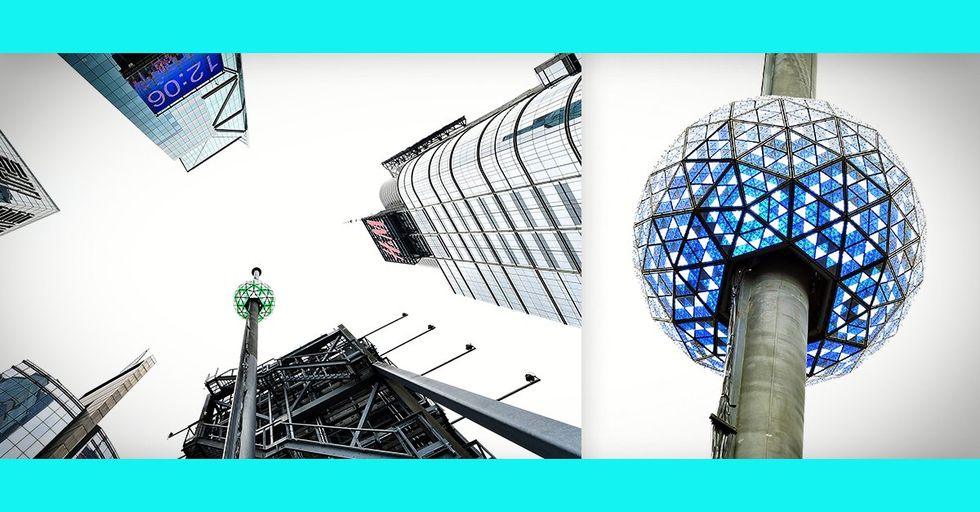 Have You Ever Wondered Why We Drop a Giant Ball on New Year’s Eve?

If an alien were to land on Earth tomorrow and asked you to explain our New Year's Eve customs, would you be able to tell them why we all gather around a giant, shiny ball and watch it drop? Probably not. To us, it just doesn't make any obvious sense.

But there is actually an interesting reason behind this tradition. It dates back several hundred years, and once you learn how it started, the whole Times Square New Year's celebration is going to make a whole lot more sense.

And it was then, over a hundred years ago, that the modern tradition came to be. However, the time ball dropped in New York was far from the first dropped in history...

Most cities kept their own time and, honestly, people didn't really care how accurate it was.

But while people on land didn't really care what time it was, ship captains at sea needed to be able to tell time more precisely.

Famous clockmaker John Harrison developed a super accurate chronometer in 1761. This invention would do wonders for people at sea helping them to track time and navigate more successfully.

However, they would often end up out of sync with each other, and captains would end up operating on different clocks.

That wasn't ideal, so they had to develop a way to help ships' captains remain on the same clock. And that's why the time ball was invented.

It was a large ball in the harbor that would indicate the exact time. It was big enough that sailors could see it through their telescopes and set their chronometers to the exact time. And thus began the tradition of the time ball...

The first time ball was set up in the harbor of Portsmouth, England in 1829.

And it was a hit! It worked so well that they set up several other time balls in the area, and the practice began to make its way across the Atlantic Ocean to the United States.

The first time ball in the U.S. was set up at the United States Naval Observatory at Foggy Bottom in Washington, D.C. in 1845.

In 1877, Western Union began dropping a ball in its Manhattan headquarters, and the time ball tradition had finally reached New York.

Though Times Square was home to New Year's Eve celebrations starting in 1904, the time ball didn't become a New Year's tradition until 1907.

Why? Well, simply put, the person throwing the party (Adolph Ochs, publisher of The New York Times) couldn't get a permit for fireworks. A giant, glowing time ball was the next best thing.

And that's how we got the tradition of the Times Square time ball.

According to The New York Times, the ball they drop in Times Square isn't exactly a perfect time ball.

True time balls mark time by starting to move, not by stopping like the Times Square ball does. But it's way more fun to count down to the new year that way, so we'll forgive it. So there you have it! Happy New Year! Now go impress all your friends at the New Year's party with your newfound knowledge.