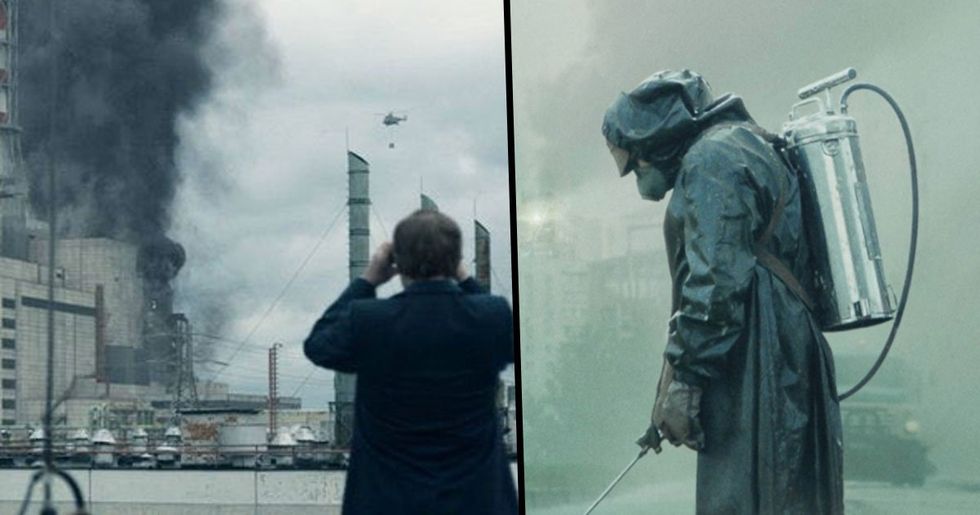 Who isn’t a fan of Breaking Bad and Game of Thrones? But now that our fave shows have both come to an end, many of us are wondering what to do with our evenings.

So yeah, there’s a gawking hole in the TV agenda that needs to be replenished pronto.

And the good news?

Chernobyl. It's a new series by HBO, which means it's time to wave good-bye to Game of Thrones and Breaking Bad being the best things that happened to TV.

Based on the shattering events of April 26th, 1984, the HBO/Sky Atlantic series, Chernobyl, has been scooping glowing reviews since its release just over 2 weeks ago.

So, what’s the deal with Chernobyl? What’s it about? And why is it so good?

Read on to find out more below!

Is it an exaggeration to say that Game of Thrones is the most talked-about TV show ever?

Some thought that it’d never happen, but Game of Thrones is no longer the best thing that happened to television.

And nor is Breaking Bad.

The award now goes to HBO’s Chernobyl, a 5-part thriller based on the Chernobyl nuclear disaster in 1986.

When a nuclear power plant’s reactor core exploded in 1986…

It caused one of the most catastrophic man-made disasters ever.

The series strives to tell the real-life tale of what happened.

The series covers the build-up to the explosion that happened in the Ukrainian town and the horrific events that occurred after the nuclear tragedy.

And injured a whole lot more. The fact that it's centered around the true events is what makes the show all the more mesmerizing and chilling.

The death toll from the 1986 blast is still disputed to this day, though.

With this new show on the scene, we don’t think you’ll be wondering what to watch anymore.

And there’s certainly no need to fill up your newfound time with a hobby, either.

So let's dive straight into Chernobyl.

A little more on what happened back in 1986…

Not familiar with the wreckage caused by the Chernobyl disaster? Well, essentially, the explosion reactor saw four-hundred times as much radioactive fallout as the bomb the US dropped on Hiroshima in 1945. Crikey.

What’s more, the pilots who put out the initial flames were killed by the radiation.

And even 3 generations on, kids are being born with dreadful malformations due to the event.

And now there’s a thirty-kilometer exclusion zone that runs around the Chernobyl Nuclear Power Plant.

This is because radioactive contamination is high; no one’s allowed anywhere near the site.

Scientists predict that the area (which is now rife with wildlife) won’t be safe for humans to live in for at least 20,000 years.

Back to the reviews…

We get a sense that people like the series, right?

Even writer, presenter and journalist, Scott Bryan, had something to say:

Chernobyl on Sky Atlantic / HBO is quickly becoming one of the most terrifying and highly engaging dramas I’ve watched all year.
— Scott Bryan (@Scott Bryan)1558517905.0

“Chernobyl on Sky Atlantic/HBO is quickly becoming one of the most terrifying and highly engaging dramas I’ve watched all year."

In the series, you’ll spot some incredibly famous faces.

Look out for the likes of Jared Harris, Emily Watson and Stellan Skarsgård. In the vid above, they reveal all about what it was like performing in the new Sky Atlantic series.

Game of Thrones fans will remember how she was baked alive by a dragon. Then she lost a job in the police force in Line of Duty. And now, she’s caught in Chernobyl’s nuclear explosion. The actress has been through a lot in such a short time.

Jessie Buckley’s in it, too.

She plays Lyudmilla Ignatenko, the wife of Vasily Ignatenko, a firefighter who was amongst the first on the scene.

“It is a real honor to be part of this important piece of work and share with the world the real truth about the unbelievable bravery and sacrifice that the people of Chernobyl made in order to stop an even greater disaster. “I feel incredibly humbled."

“… of the brave men and women who sacrificed themselves to save Europe from unimaginable disaster." It goes onto say: “The mini-series focuses on the heart-breaking scope of the nuclear plant disaster that occurred in Soviet Ukraine in April 1986, revealing how and why it happened and telling the shocking, remarkable stories of the heroes who fought and fell."

In their 5-star review, the Independent said:

“The threat of nuclear war may have abated but as metaphors, radiation and fallout are as powerful as they were 30 years ago." They then added: “Timely, bleak, intelligent and compelling, Chernobyl is a triumph of a disaster."

The Telegraph raved about the series, too.

In their review, The Telegraph wrote: “Sky’s new drama about the power plant explosion is riveting – and utterly horrifying."

And it’s not just the acting in the production that’s capturing both viewers’ and critics’ attention.

It’s the cinematography. The series was directed by one of the most esteemed and highly regarded directors of commercials and music videos on the planet, Johan Renck.

“Given the different moving parts, with action scenes at the reactor alternating with Soviet committee discussions about how much of the truth to reveal, it’s impressive that this feels so coherent, the disparate elements held in place by a spare and oddly beautiful aesthetic."

The series aired on

Revolutionary TV just doesn’t come around that much and when it does you have to embrace it.

With that in mind, you’d be mad to miss out on Chernobyl. It’s amazing.

Many viewers have already described Chernobyl as a “masterpiece" on Twitter.

Haven’t seen anything as horrifying as #ChernobylHBO in my life. Nothing comes close. Pure terror and it all happen… https://t.co/eOSUEtwUwa
— Mark Allotey (@Mark Allotey)1557871886.0

One user tweeted: “Haven’t seen anything as horrifying as #ChernobylHBO in my life. Nothing comes close. Pure terror and it all happened for real. Sometimes dramatized TV can do more to open your eyes about something that really happened than any other medium. Well done #skyatlantic."

“#ChernobylHBO is a f***ing MASTERPIECE. If you're not watching this, you NEED to, trust me on this!" Wow, it must be good, huh?

And someone else was equally impressed, tweeting:

“#ChernobylHBO is one of the scariest shows I’ve ever seen… and this stuff ACTUALLY HAPPENED." We really need to watch this!

Another tweeter got creative.

It isn’t difficult to see why social media users have been expressing their positive thoughts about HBO’s Chernobyl as it sheds light on the horrifying real-life events of 1986.

And here's the trailer!

We'll definitely be watching this one!