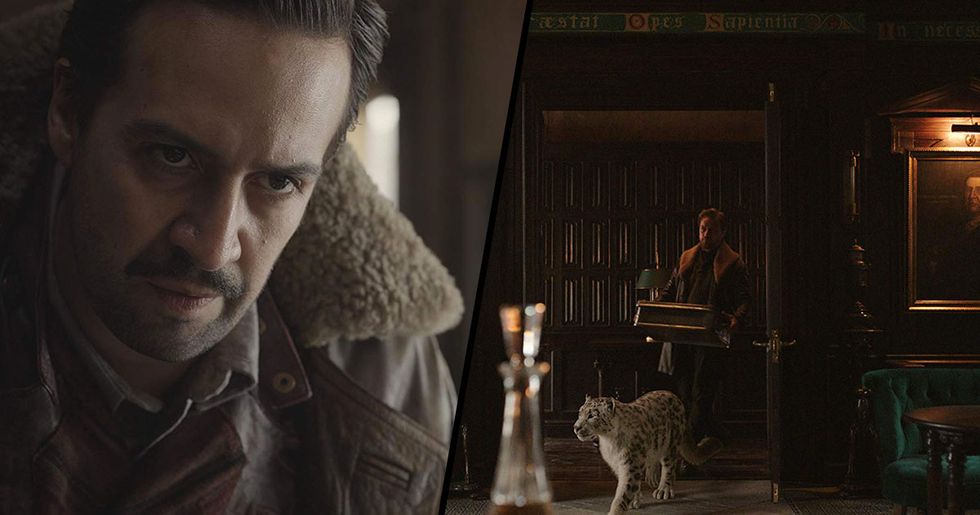 Since Game of Thrones concluded earlier this year, many of us have been feeling as though there's something missing from our viewing schedule. The epic fantasy combined with human political drama made for incredibly addictive viewing - and it seemed as though nothing could take its place. Until now.

HBO has announced a brand new series based on the bestselling Phillip Pullman trilogy, His Dark Materials. The trailer, which just dropped, looks totally incredible, and Game of Thrones fans are breathing a sigh of relief.

Game of Thrones was one of the most successful TV shows of all time.

Based on the Song of Ice and Fire fantasy book series by George RR Martin, the show first aired in 2011, and ran for eight years.

There was a lot to love about the show.

For one thing, creators managed to find the most beautiful locations around the world to mimic the wonderful land of Westeros.

The show has some of the greatest characters ever seen onscreen. Each of the Game of Thrones characters had shades of good and evil in them, which made for very compelling viewing.

The show was also a visual spectacle.

The battle scenes were always expertly choreographed and truly engrossing - plus, you never knew which main character was about to be brutally slain.

The show also had dragons. Honestly, there was something for everyone - so it's no surprise it's been sorely missed.

The show ended earlier this year.

And since then, Game of Thrones fans have been pretty miserable - not least because of that controversial finale.

Sure, there's a lot of great television out there.

But there was nothing which quite compared to the epic scope, intricate plotlines, and visual spectacle of Game of Thrones.

Because there's been a recent trailer that has dropped which looks to fill the hole Game of Thrones had left behind.

It even comes from the same network.

BBC and HBO have come together to create a brand new fantastical (and political) drama which looks to be almost as epic and Game of Thrones.

It's based on some excellent source material.

The new series is based on the His Dark Materials trilogy by Phillip Pullman - a best-selling fantasy series.

In pre-industrial Oxford, England, she's attempting to find a friend who's been kidnapped.

She has many adventures along the way.

And though the books are for young adults, there are surprisingly dark elements to them.

One of the plotlines involves demons.

These are darker aspects of the human soul, which manifest as animal sidekicks.

There are many fantastical elements.

Lyra encounters mythical and magical characters during the three-book span, including witches.

And some of them are surprisingly original.

There are armored polar bears and soul-consuming Spectres for fans to look forward to, too.

The show has a seriously star-studded cast.

James McEvoy, who plays Lord Asriel, cryptically says in the trailer, "You once asked me what evil was. There are things that you’re better off not understanding."

Miranda, who plays Lee Scoresby in His Dark Materials, is best known as the creator of smash hit musical Hamilton.

The role of Lyra has gone to Dafne Keen.

The young star made her debut in the X-Men franchise last year.

The show's villainous Mrs. Coulter will be portrayed by Ruth Wilson.

His Dark Materials is set to run for eight, hour-long episodes, and will start streaming on Sunday, November 3rd.

Here's the trailer that got the whole internet talking.

And in other exciting HBO-related news, an absolute '90s classic looks set for a prequel.