He Bought a Bag of Bananas, But Something TERRIFYING Came With It | 22 Words 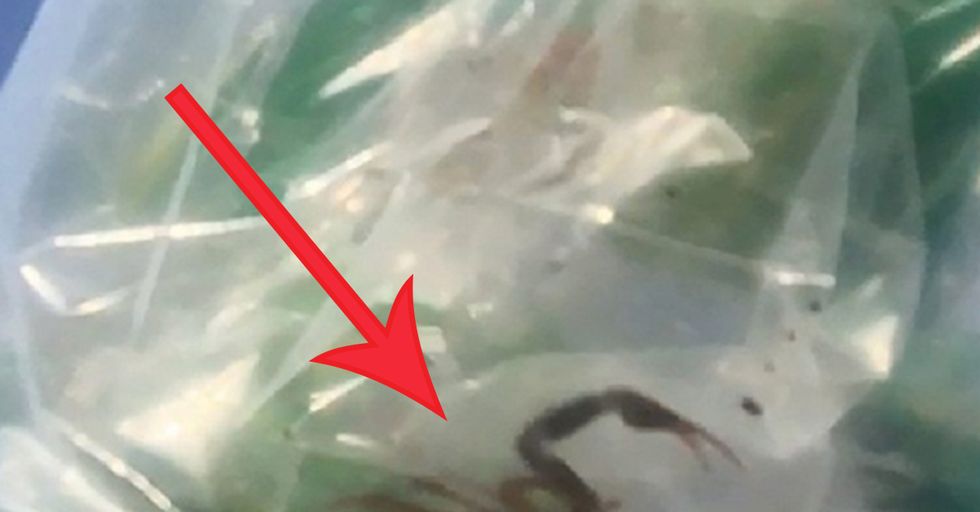 He Bought a Bag of Bananas, But Something TERRIFYING Came With It

Grocery shopping is usually a pretty mundane task. It's pretty boring, and usually nothing interesting happens, but it's a necessary evil in our day-to-day lives.

One Canadian man, however, got a little more than he bargained for after his recent trip to Costco.

Nathan Coleman was putting away his groceries after a trip to Costco like any normal day.

But then his 11-year-old daughter pointed out something moving in one of the bags. Nathan dismissed it initially but upon further inspection, he realized what it was.

There was a giant freaking scorpion in his bag of bananas.

But back to the giant scorpion...

How would you handle that? I can pretty safely say I would handle it with lots of screaming and maybe some fire.

Nathan had an 11-year-old daughter to think about though, so he had to keep it together.

He actually seemed pretty blasé about the scorpion. He was even calm enough to record a video and take some pictures.

He got the scorpion out of the bag, presumably to save the bananas and probably also his child.

Unfortunately, the little fella didn't make it, but here he is with a quarter for scale. That is a big scorpion. I'm getting the willies just looking at it.

Apparently Nathan isn't the only one who has received some unpleasant surprises with their produce.

Great, now every single time I go grocery shopping from here on out I'm gonna be paranoid about arachnids in my food.

It does make you wonder how they get in there, but we may never know.

I never find anything "cool" in my produce either, but I would like to keep it that way.

Now people are paranoid about their own produce.

And I gotta say, I'm starting to get a little weary of those plums in my fridge...