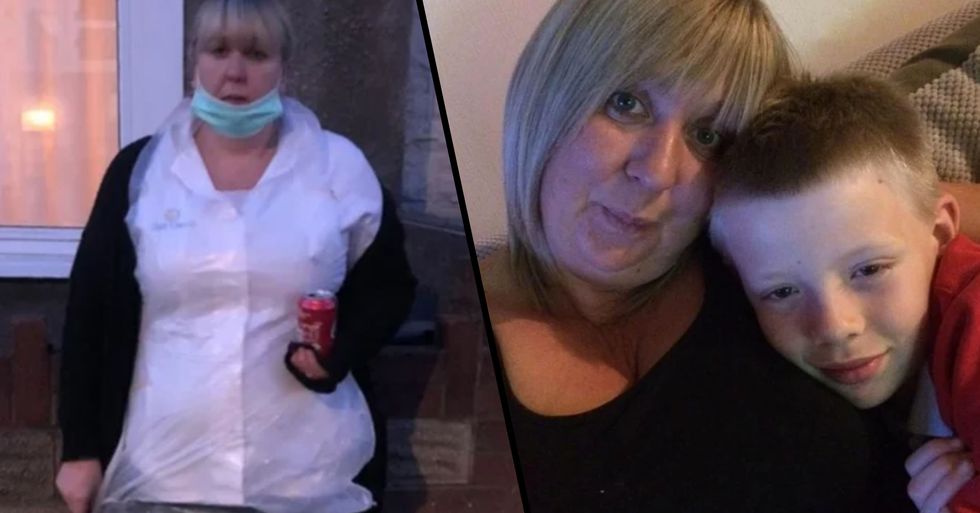 Healthcare Worker Has Her Car Stolen While Helping Elderly Resident

Healthcare workers all around the world are being pushed to their limits thanks to the global pandemic.

Whilst the majority are being treated with respect and kindness, there are a select few who have sadly faced cruel treatment during these difficult times.

One healthcare worker recently found her car had been stolen whilst she was helping an elderly resident. Scroll on for this heartbreaking story.

Healthcare workers deserve much more credit than they receive.

They work tirelessly at the aid of others and many simply do not recognize this.

We are currently experiencing a global pandemic...

And healthcare workers all around the world are working tirelessly in a bid to prevent further spread of the deadly virus.

These people include doctors, nurses...

They are our true heroes.

The majority of healthcare workers have been putting their lives on the line every single day to protect the rest of us and we cannot thank them enough.

Small acts of kindness have been shown toward our healthcare workers over the last few weeks.

For instance, the United Kingdom have been joining in a nation-wide round of applause every week for all workers of the NHS (National Health Service).

Supermarkets all around the world have been opening their doors early especially for the people in the health industry.

We are all well aware of the fact that people have been unnecessarily stockpiling and clearing the shelves of supermarkets - leaving nothing left for those who have been working around the clock saving lives. But thankfully, any supermarkets now open an hour early to allow healthcare workers to get their hands on their essential groceries.

But it seems that these small acts of kindness just simply aren't enough for some...

And many healthcare workers have sadly found themselves fall victim to cruelty and hate.

One of these unfortunate people is Carrie-Ann Stead.

Carrie-Ann is a forty-year-old care worker from Cardiff, Wales in the United Kingdom.

Her job is to attend home visits of the elderly and the vulnerable...

And especially since the pandemic started, Carrie-Ann has been putting her life on the line every single day in order to help those who need her the most.

But last week, Carrie-Ann had the worst possible experience during a shift.

Over the weekend, she had parked her car down a well-known street while she helped a colleague during a visit to a woman in need.

She had left her car unattended for 10 minutes...

And when she returned, her car was nowhere to be seen.

The car had a keyless locking and starting system, meaning it was easy for thieves to break into.

Speaking to local media, she said: "We were in there for 10 minutes... I went to grab my handbag but I realized I left it in the car."

It took Carrie-Ann an hour and a half to walk home.

Writing in an emotional Facebook post, the distraught carer wrote: "I risk my life helping others as I'm a home carer, I have a shop for someone vulnerable in there and still got loads to do to help my dad," along with the registration number of the car in a desperate bid to retrieve it.

Carrie also cares for her dad, who she had her car specially modified for.

Her 70-year-old dad suffers from chronic obstructive pulmonary disease, angina, asthma and is waiting for a heart operation - meaning he has been self-isolating during the pandemic. "If he had an attack or anything this weekend, I couldn't take him into the hospital [without the car]."

And the police immediately launched an investigation into retrieving the stolen vehicle, and it seems that their hard work paid off.

"Well, you dirty little t**** my car has been found in a nice little hideout (unlucky you won’t be out in it tonite). I’m praying U left your grubby little fingerprints all over it cos I will enjoy nothing more than naming and shaming you all especially taking food off an old and vulnerable person u will be hated and a MASSIVE THANK YOU TO EVERYONE WHO SHARED."

"Glad you got your car back Carr . There's just some rats out there that just think they can just take people's lively hoods , hope your car is ok not to much damage," one friend wrote on Facebook.

People are working together to try and figure out who the culprits are so they can serve time for their crimes.

"Glad u got it back hope there's loads prints and they get caught," another wrote.

We hope that the culprits are caught very soon!

Make sure to keep scrolling for the heartwarming story of the careworker who was applauded by her street on her way to work...