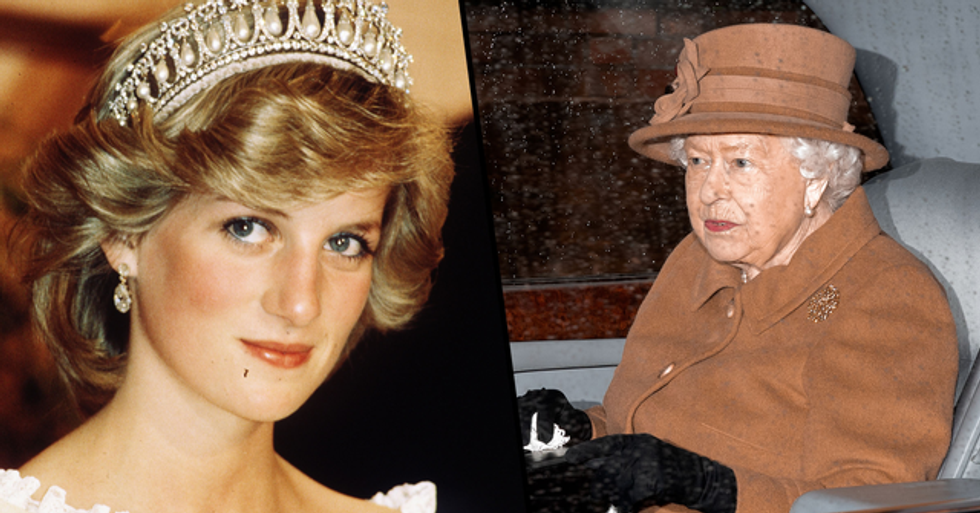 This week, we have been given a rare insight into Queen Elizabeth's "private pain" regarding the death of Princess Diana...

Now, this glimpse has been long-awaited...

Because the Queen's response to Princess Diana's death remains one of her most controversial moments in the throne.

At the time, the Queen's reluctance to make an immediate public statement and to openly mourn was met with harsh criticism...

And many believed it to be confirmation of her rumored dislike towards Diana.

But things weren't exactly how they seemed.

A newly discovered letter from the Queen has put all the rumors about her apparent grudge against Di to bed and has actually revealed her hidden "pain" over the shocking death.

Now, Diana's introduction into the royal family was somewhat of a whirlwind.

After meeting only twelve times, Prince Charles proposed to Diana. The pair announced their engagement in February 1981 but, during the broadcast, many remember Charles being oddly reluctant to say he was in love with Diana. They married on 29th July 1981 at St. Paul's Cathedral in a lavish ceremony that was watched by over 750 million people around the world.

Soon after, they welcomed a baby into the world.

The couple announced their pregnancy just four months after tying the knot, and, on June 21st of 1982, they welcomed Prince William into the world.

And not long after that, Diana fell pregnant again...

On top of Diana's refusal to sacrifice her identity for the sake of her title, Charles was also in a long-standing affair with Camilla Parker-Bowles, even wearing cufflinks she bought him on his honeymoon with Diana.

And the dynamic between Diana and the rest of the royal family was certainly no easier.

Rumors about Queen Elizabeth's distaste for Diana had been rife for years, with sources claiming that she was even "jealous" of the attention Diana drew from the rest of the family.

And she apparently made no effort to make Diana feel welcome in the family. Andrew Morton, who collaborated with the Princess on the 1992 Diana: Her True Story wrote that “behind the public smiles and glamorous image was a lonely and unhappy young woman" and that she was seen “as an outsider by the Queen."

People were intrigued as to how she would react.

The car that in which Diana and her partner, Dodi Fayed, was traveling in through the Pont L'Alma tunnel in Paris suffered a horrendous crash, which was fatal for both Diana and Dodi, plus their driver, Henri Paul.

However, something didn't seem quite right.

Many assumed she was simply unmoved by the princess' death...

But things weren't as they seemed.

A newly-surfaced letter has shone a little light on her secret grief.

The Daily Mail obtained the never-before-seen letter, which was written in response to condolences from Lady Henriette Abel Smith, a lady in waiting and close confidante to the Queen.

It was an emotional read.

"It was indeed dreadfully sad, and she is a huge loss to the country," the Queen wrote.  "But the public reaction to her death, and the service in the Abbey, seem to have united people round the world in a rather inspiring way."

She also talked about the strength of her grandchildren during the traumatic time:

“William and Harry have been so brave and I am very proud of them."

The Queen then gave an insight into her own grief.

Reflecting on her emotional response to the horrific event, she wrote: "I think your letter was one of the first I opened - emotions are still so mixed up but we have all been through a very bad experience."

So, despite her seemingly cold and emotional response at the time of Diana's death...

The Queen was quite evidently grieving in her own private way. For more royal family news, keep scrolling...