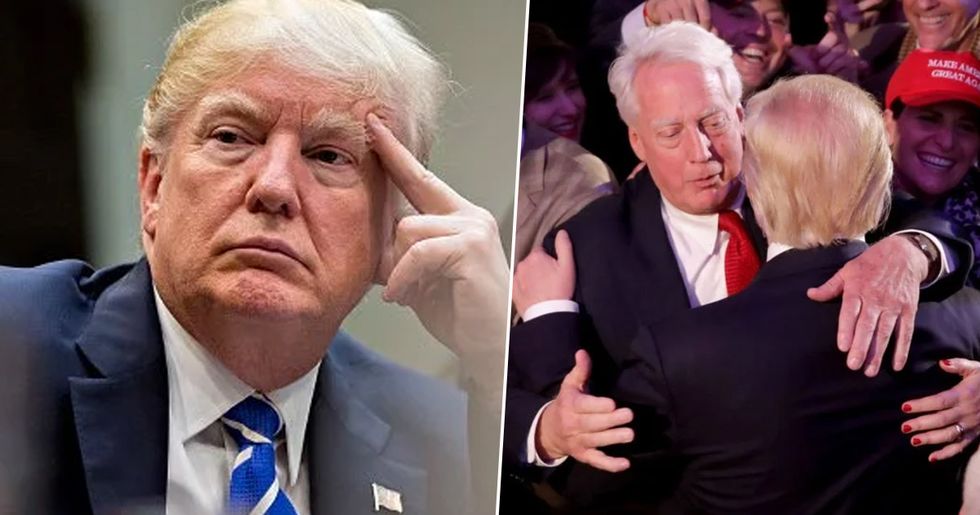 However in the hours that have followed, heartless trolls have attacked Donald Trump sending him countless horrible messages.

Love Trump or loathe him, it's only fair that in a time of grievance everyone should be left alone - and definitely not sent abuse online.

Keep scrolling to see what people have been saying.

Although no details surrounding the exact cause of his death have been confirmed as of yet.

While many have offered their sympathy's to the president, others have been sending sickening messages to him following the death of his brother.

It was almost immediately after Robert's death.

That people began tweeting the president claiming that death came for the wrong Trump.

What did [Trump] promise the devil for the Grim Reaper to take the #wrongtrump ???"

He doesn’t give a damn about a brother, sister, parent, etc. [Trump] only cares about himself.

#wrongtrump is trending because many people wish it was Donald, not his brother Robert, who died. Some find that to be in bad taste. But Trump is killing a thousand people a day. Is it wrong to want it to stop?

No matter what you think about Trump.

I think it's only fair to let him grieve in peace without sending hurtful tweets.