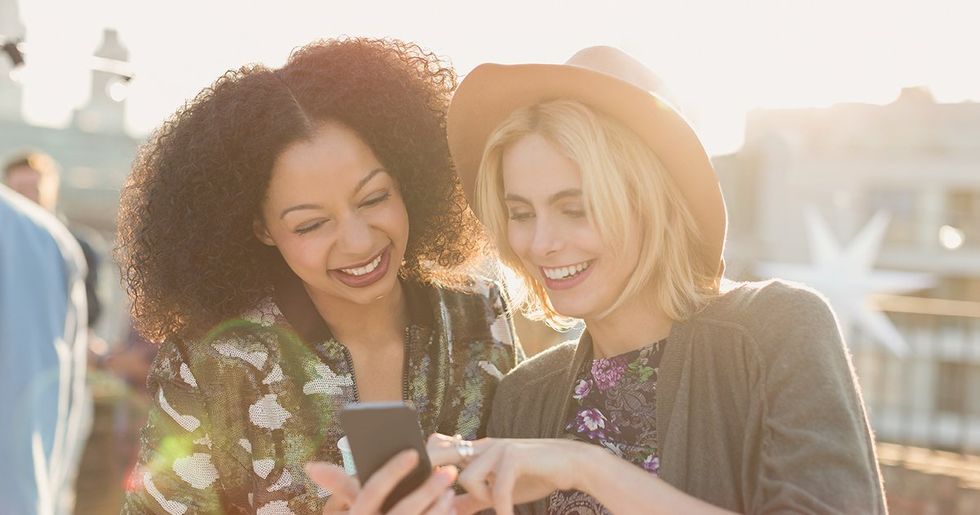 Heartwarming Facts About the World to Remember When You're Sad

Some days are better (or worse) than others. And we can't always help when a bad day comes; sometimes, life throws a curveball or we see bad news on the TV screen. It's hard not to let a bad mood get to you after a day like that! And these heartwarming facts can help.

Let's face it: there will always be bad days, especially when the world around us goes a little nuts. But there are little ways to lift your mood and get a little distance from the negativity. Because for all that the world can be a difficult place, it's also full of amazing and beautiful things. And sometimes, all we need is a reminder of everything worth cherishing out there.

Check out these heartwarming facts that will instantly make the world seem that much better!

Cats have a language, too!

Cats will lift their tails when coming up to you as a friendly greeting. They also show their bellies and butts to you as a huge sign of trust. And when they blink slowly or wink at you, it's called a 'kitty kiss,' and is also a sign of trust and affection. -Cyanide_Kitty_101

Every year millions of trees begin growing thanks to squirrels forgetting where they buried their nuts. -rigglemj

More people read a non-fiction book about history in the last year than watched the final season go GoT. In fact, younger millennials and gen z's are revitalizing the paper book industry. Of that increase in readership, the vast majority was on paper books. -Leucippus1

When you play with your dog, they will sneeze to show you that it's only a game and that they don't want to hurt you. -eroticKnowingNoodle

Bees are super wholesome and must be protected.

Honeybees hold hands when they move homes so they don't lose each other.

There are other occasions in which they cluster and hold onto each other, too, but my favorite is when moving a new colony into a hive box.

They also LOVE sugar water. If you get some on your hands and arms, they'll come up to you to lick it up.

Also in the evening when fishing at a lake, sometimes dragonflies will just land on you and chill because you're a stationery warm thing in the cooling day. It feels magical and bizarre to be covered by a dozen dragonflies. And they make a little thunk sound when they land on your straw hat.

And!!! If you leave big ol' holiday lights still on your porch swing year-round, sometimes hummingbirds will be silly and try to drink from the red bulbs while you are sipping tea and reading a book on the swing. -gallivantingfox

I actually didn't know this one!

The hole in the ozone layer is repairing. -voidedGround That means all of our efforts to help the earth actually do make a difference. Awesome, right? Let's keep at it!

The world's status is rarely as negative as news media makes it out to be.

Media tends to focus on negative things for attention grabs.

There is a lot more positive stuff going on though. Extreme poverty, for example, starvation is like an order of magnitude lower than it was some decades ago.

Kindness is in our nature.

Random acts of kindness releases endorphins, which means we are wired to help each other. -OleDoff

Gene therapy against spinal muscular atrophy has been approved for human use this year. Another disease that we can defeat with science. -bustead

What a time to be alive!

For all the doom and gloom we hear, we have literally never lived in a safer time. Mortality rates are down, life expectancy is up. We may be more aware of all the bad stuff that happens, but it happens less often than at any other time in history. -techniforus

Know about that huge mass of garbage in the Pacific Ocean?

Sweden is spearheading a technology to clean up the great pacific garbage patch (the floating mass of plastic waste the size of Texas in the Pacific Ocean). Apparently, more than half will be cleaned up in less than 5 years. -normie_McChadson

Just a little reminder of how strong YOU are.

If you're reading this you've survived 100% of your bad days. Stay strong, folks. -Whiskey-Weather

Each year, over 20,000 tulips are sent to Canada by the Netherlands.

This is a "thank you gift" for the country's aid in WWII.

There's a reason pets have always been a thing.

Humans, who receive happy chemicals from petting things, live in a world of animals that are relaxed by being pet. -P_E_E_N

The world is improving.

And maintaining health is easier.

In my area (and hopefully elsewhere) people are rescuing animals way more than they are buying from breeders. Our local animal control and humane society have had open spaces for a while now thanks to rescues and others adopting right as a new animal comes in. -cornfieldbum

This genuinely makes me smile:

There are more public libraries than McDonald's in the US! -rosewater___

Our energy is getting cleaner.

Coal plants are closing and wind farms and solar panel installation are at an all-time high. -archaelleon

The world actually isn't such a violent place anymore.

Violence, in general, is decreasing. The amount of casual violence that would have seemed normal to an 18th-century European would get you incarcerated today. Heck, in France they used to tie a cat in a sack to a pole and set the sack on fire for entertainment. Do that now and you might find yourself the recipient of some vigilante justice before the cops get you. -aciewoo

We're ready to explore beyond our planet!

We are witnessing an active space race, not just between two superpower countries, but between many countries and many eccentric individuals. This race will take humans to Mars in the next 20 years. -NorthernLight_

The current Pope is a pretty cool guy!

Pope Francis has continued to make cold calls to people who write him in distress, pray with the sick, and has urged Catholics not to judge gay men and women. -Madshipper

Baby ducks are so fluffy that they can fall up to 30ft without being hurt. -TheFrostyBlue Okay, I don't want baby ducks to fall, but just the idea of all that fluff existing makes me SO happy.

Elephants get the same feeling when they see us as we do when we see dogs. They think humans are so cute. -heywhatsuphello3465

The best way to sleep:

Otters hold hands while they sleep so they don't float away from each other. And that is the cutest thing I have ever heard. -sntcringe

Bob Ross (R.I.P) would always receive letters from his fans and remembered them when one of them wasn't writing him for a few days he wrote that fan a letter asking if he was ok.  -Addiason_Vess

Mr. Rogers had a blind fan who wrote to him asking if he fed his fish because she was really worried about them. After receiving that letter he would always say he was feeding the fish and then do so just for that little girl. -Addiason_Vess

This is great news!

Pandas are no longer an endangered species. -epiphoneles

And some facts from around the world!

Scotland’s national animal is a unicorn.

The voice actors of Mickey and Minnie Mouse got married in real life.

Finally: this is pretty neat, when you think about it.

Since the big bang happened humans have existed for about .14 second in the cosmic calendar. In that time this thread was created to spread positivity. I like that. -Llamahaz Share these heartwarming facts with your friends to give them a smile today!