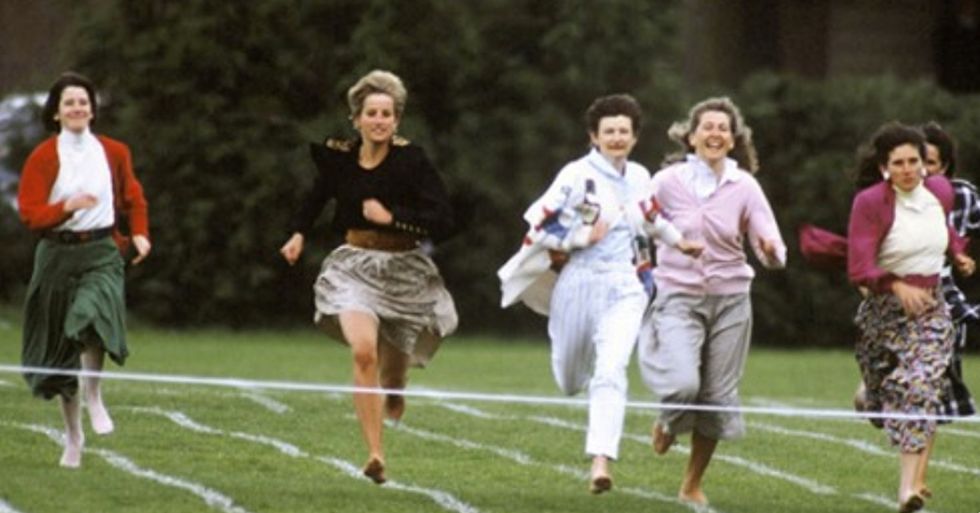 Now, heartwarming footage of Diana has resurfaced and our hearts can't cope. Keep scrolling to watch...

And over the years, the William and Harry have ensured Diana's memory hasn't been forgotten...

And now some heartwarming footage of Princess Diana has resurfaced...

Diana was known for bending the rules when it came to royal protocol and this clip was no exception. Keep scrolling to watch...

In the clip, Princess Diana can be seen competing in a 1991 Mother's Day school run...

Diana went against royal protocol at the time to completely destroy her competition at a Wetherby School.

She truly gives it her all.

We won't spoil where she finished in the race, though!

You can watch the heartwarming clip below:

For more on the royals, keep scrolling to see the adorable pictures from when Prince William and his son Prince Louis had a twinning moment...