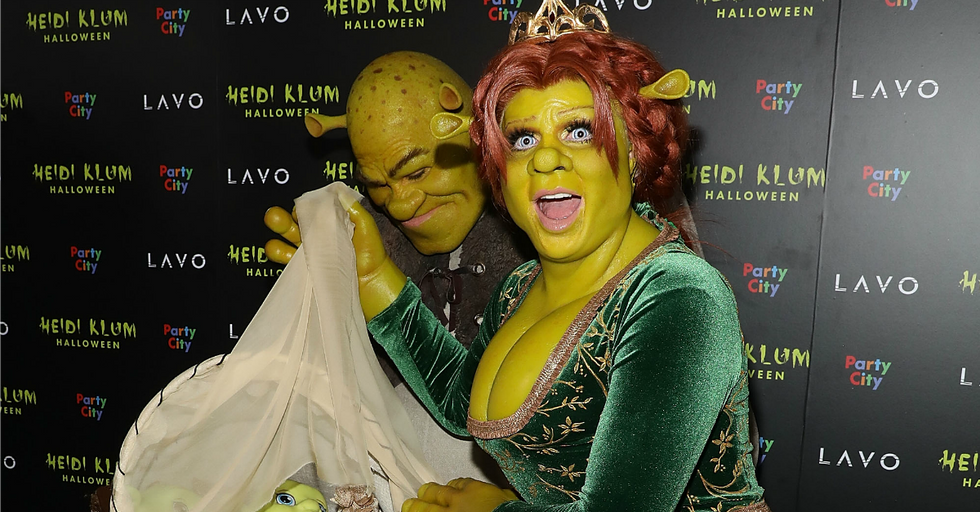 Heidi Klum's Princess Fiona Halloween Costume Is Her Best One Yet

If you ever meet someone who claims to be the Queen of Halloween and that person is not Heidi Klum, they are 100 percent lying to you, my friend, because the crown is claimed.

Klum wears a lot of hats — not only is she a fantastic supermodel, businesswoman, television personality, and mother of four...she's also the undisputed champion of Halloween.  That's not a title we'd give out lightly.

This year, she managed to outdo her past costumes, which is really saying something. So, get ready to bow down yet again to the Queen of Halloween. Or, as I like to call it, the "HalloQueen."

Between the prosthetics, wig, and oodles of body paint, Klum was transformed into a beloved character from Shrek. Just wait until you see the transformation. It's really quite something.

Last year, Klum amazed us all with her Thriller Werewolf costume.

Countdown to Halloween: 1 day! One of my most intense costumes to date! I love going all out and completely transfo… https://t.co/MepMTgVEYh
— Heidi Klum (@Heidi Klum)1540907599.0

Believe it or not, the transformation took a full 7 hours from beginning to end. Now, that's what I'd call dedication!

But this year, Klum wowed us even more.

After sharing a few costumes she'd had over the years, she posted this video on Twitter to let people know it was time for this year's costuming to commence.

It quickly became clear that Klum was going as Princess Fiona from Shrek.

Just LOOK at that costume. She looks nothing like Heidi Klum and exactly like Princess Fiona and honestly, it's freaking me out more than I'd like to admit. But in a good way. I'm super impressed!

Obviously, she wore the dress, too:

OMG the hands. The hair. The ears. This costume clearly has a lot of layers. Like an onion. Or a parfait. It's all so perfect and impressive. This year's look was accomplished by Mike Marino of Prosthetic Renaissance. Needless to say, he deserves a serious round of applause.

Hedi's boyfriend, Tom Kaulitz, stepped up to the Halloween plate and was turned into the character of Shrek with an equally impressive set of prosthetics and a spot-on costume. All hail the HallowQueen! We can't wait to see what she comes up with next year!