Heinously Uncool Fashion Trends That Are Making a Comeback | 22 Words 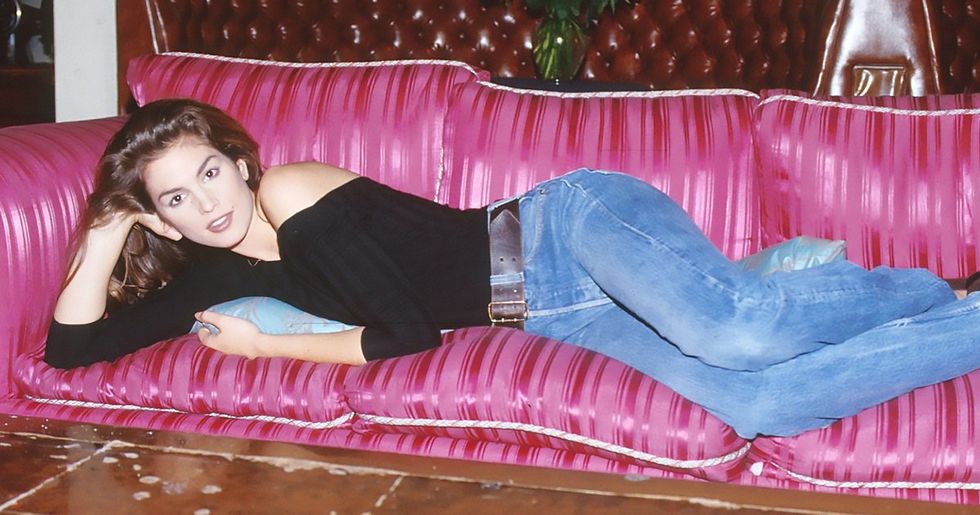 Heinously Uncool Fashion Trends That Are Making a Comeback

Fashion trends are constantly evolving. Fashion is such a wonderful tool for self-expression, and it's fun to look back over the decades and see how fashion has morphed and transformed. From the flapper era to the '70s, to the wild '80s, fashion is an exciting rollercoaster that never seems to want to stay put.

And why should it? The best part about fashion trends is that they are always shifting, always moving, and always borrowing from previous fashion trends. Is anything truly original anymore? It is 2019, after all - the era of reboots and remakes. It seems like every industry is trying to recycle ideas from years and years ago.

High fashion often harkens back to styles from the past.

For Gigi Hadid's birthday party, she and Bella went for a denim theme.

This party looks like it could've happened in 1995. The Hadid sisters rock denim chic like no other.

The styles that models are debuting on runways are totally reminiscent of the past. There are so many fashion trends that are making a comeback...

The "mom jeans" look is having its moment.

Cindy Crawford could wear a burlap sack and still look stunning. But her "mom jeans" look from years ago is totally coming back now. Scroll through any clothing website and you'll surely stumble on a pair of "mom jeans" to buy.

This is almost exactly what Gigi Hadid wore to her birthday party. Never underestimate the power of a good pair of jeans and a white t-shirt.

Julia Roberts knew how to rock a giant blazer like no other.

Paired with the shorts, this ensemble is genius. It's also something that is super popular right now.

It doesn't get more classic than this picture of Halle Berry.

The light top, high-waisted jeans, and thick black belt are fully back in style. This looks like it could've been taken at Coachella this year.

Jennifer Aniston in 1990 is total goals.

With her oversized men's dress shirt tucked into a simple pair of jeans, she could be mistaken for any hipster in 2019.

With her short 'do and a simple, pretty top, this is a classic look that defies time.

Brad Pitt or an actor on 'Riverdale'?

The luscious, messy hair on men is totally making a comeback nowadays. Tons of hot, young actors are emulating a young Brad Pitt.

A young Alicia Silverstone can rock a jean jacket.

This jean jacket style is just as popular now as it was back in the '90s.

And Leonardo DiCaprio is proof. Will a cozy sweater ever go out of style? Probably not.

The big jean short is definitely popular again, as is the simple tee paired with jeans. These two looks are timeless (just like their friendship).

Jennifer Lopez in 1992 could be a present-day fashion ad.

It's a look that we're still seeing in stores like H&M and Urban Outfitters. You can't go wrong with a blouse and trousers.

Denim on denim is back.

Gabrielle Union rocked this outfit back in the day, but it's totally something anybody could wear in 2019. Denim on denim is definitely back in style.

Young Gwyneth Paltrow is too cute for words.

The '90s are alive in the fashion world. '90s nostalgia is rampant in pop culture, whether it be movies or TV shows. But it's definitely still having its moment in fashion.

The supermodel's bob with the side clip is very Wes Anderson-chic. Who wouldn't want to pull this off in 2019?

Leopard prints will always be popular.

Gwyneth Paltrow in 1996 rocked a leopard coat, and it's still a look we see often.

Claudia Schiffer in 1992 wearing this outfit holds up to this day.

Surely this outfit is for purchase somewhere on ASOS? The belt cinches the whole look together.

Is there anybody cooler than Diana Ross?

The answer is no, of course, there isn't. Ross dancing in a cropped t-shirt and jeans in 1975 is a big mood.

It's true that the '90s are having a fashion moment, but did the late '60s/'70s ever stop having one? Cher's entire look here is still a thing of today. She inspired generations with her fierce, bold fashion.

You can't go wrong with a baseball hat and a trenchcoat.

Meryl Streep in 1979 wearing these things proves just that. This is still a fashion vibe that anyone could rock today.

Tiffani Thiessen was a '90s queen.

Floral pants are totally still in style. This whole outfit is perfect for the spring.

Sarah Jessica Parker deserves an award for this entire look.

The curly hair and an oversized blazer bring together this ensemble, which is totally a look that's having its moment nowadays.

Can we talk about Lara Flynn Boyle's shoes?

How cool are those kicks? They were cool all the way back in 1990, and they're still cool nearly twenty years later.

Reese Witherspoon is an All-American girl.

The jeans, black chunky belt, side bag, and white top are the epitome of the '90s. But it's still very much a look that lots of people wear today. What a dream girl.

Big, chunky chokers are back.

Sara Michelle Gellar rocked a patterned tee and a chunky choker in 1993, but the look is totally having a comeback.

Kate Moss was the epitome of '90s fashion.

The set she's rocking in this photo from 1995 is still a popular look today. Coordinated sets are all over clothing websites and are definitely super trendy.

Those shoes paired with that blazer is a dream. She looks like she stepped out of an Urban Outfitter's store.

Naomi Campbell will always be a queen.

Just like a big, fabulous coat with a high collar will always be stylish. Which trends are your favorite? Would you rock any of these looks?