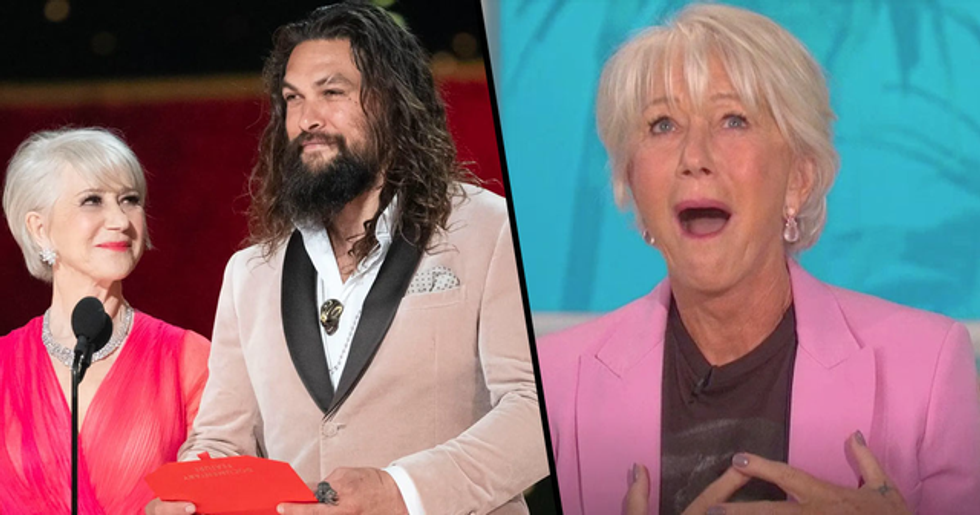 When you think of Jason Momoa, you probably think of him as a semi-untouchable, rich and famous Hollywood actor. But this wasn't always the case. In fact, before his breakthrough role as Khal Drogo on HBO classic, Game of Thrones, the actor had worked for many years in relative obscurity.

Now he's a verified superstar - with an icon for a wife and an enviable career. But one facet of his skillset Momoa can never move away from is his heartthrob status. His latest shoot for Esquire has given the internet some of the best Momoa pics we've ever seen - and now another secret Momoa-fan has come forward: legendary actress Helen Mirren.

Many were surprised that the film did this well, considering that, in the comics, Aquaman is often considered to be a bit of a joke. People were also thrilled to see a superhero played by a person of color.

And his latest interview with Esquire seems to reinforce this.

In it, he showcases his softer side. In spite of his imposing appearance, Momoa really seems to be a sweet and down to earth guy.

The pics from the shoot are almost too good to be true.

His interview is promoting his latest acting venture.

She was “literally my childhood crush," he says.

But that's not the main reason this story has gained attention.

The reason it's basically broken the internet? The fact that Momoa's Esquire cover features him cuddling a cat.

Honestly, this is what dreams are made of.

Have you ever been so jealous of a feline before?

And now a potentially surprising fan of Momoa has spoken out.

During a CBS appearance this Monday, iconic actress Helen Mirren spoke out about her unlikely crush.

"I had secretly sort of done something rather uncool on an airplane," she revealed.

"I didn't know him at all at that point. He was with his beautiful wife and my heart just went."

"I was with my husband, but my heart just went!"

"Oh my God, that is just the most beautiful man I have ever seen in my life," she sighed. "Oh my God, he was so gorgeous." We can't say we disagree.

So Mirren admits, she "secretly took a photo of him."

Woah. We wonder if this made for an awkward encounter when the two were paired to deliver an Academy Award this year!

We doubt Mirren felt too sheepish.

"I was sort of rather like Catherine the Great at that moment," Mirren added. "If I'd been her, I would have offered him a palace."