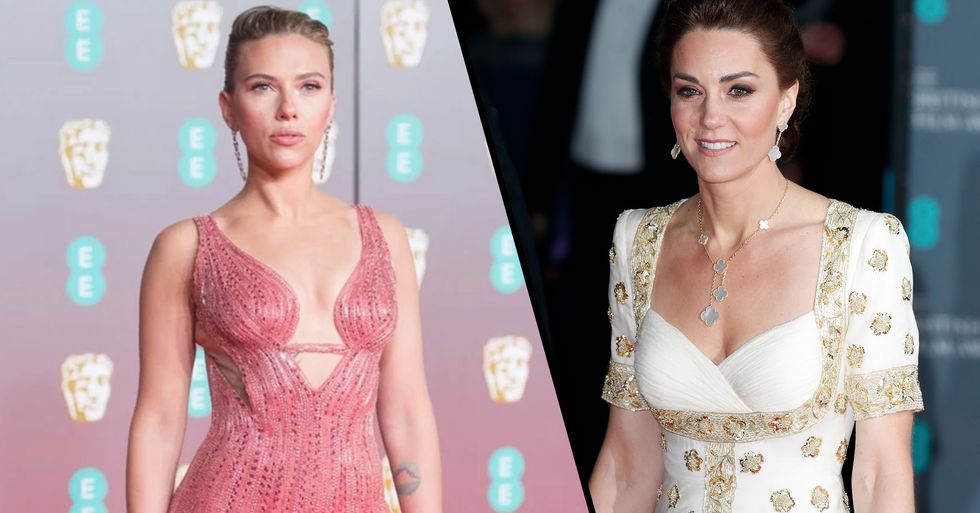 Another awards ceremony means another red carpet - and that means some incredible (and incredibly badly) dressed celebrities. Last night's BAFTA Awards gave us some triumphs (Greta Gerwig is our one true love) and some unmitigated disasters (Lily-Rose Depp looked particularly uncomfortable). Curious about the best and worst dressed celebs at the 2020 BAFTA Awards? Keep on scrolling for all the details.

A regal purple gown fit for a queen.

This look is super simple - but also very effective.

Sequins, feathers and a plunging neckline - it shouldn't work, but it does.

This black lacy number becomes even more stunning once you see it's backless.

Let's face it, that smile could make anything look good.

Ballerina, but make it fashion.

We adore this weird and wonderful feather ruff.

Sure, it's a little bit dull - but there's no denying it works!

We love everything about the mesh 'n' embellishments combo.

Bringing the drama in this incredible structured dress.

This many tassels make for some truly incredible photos.

We wouldn't think we'd like a train in a tablecloth print, but here we are!

This is how you do a one-shoulder look.

Proving that male red carpet looks don't have to be boring!

Another fabulous take on the classic suit.

We love this platinum and Bordeaux number - particularly when paired with the statement belt. Now we've dealt with the best ... let's see the rest.

This looks like an outfit for a cruise ship singer ...

2 skirts and some trousers seems a little much.

Love the color - but can't get on board with the bizarre shape.

It pains us to put her on the list - but this gold shift is simply underwhelming.

Again, we love her - but this tent-like dress just doesn't fit!

Sometimes a red and pink clash is stunning - other times, it's just a clash.

Sorry, but this cream and gold number is too twee for our tastes.

That dress is nice - so why add the bizarre gloves and belt?

A prime example of when an uneven hem does not work.

We don't have to explain to you why this is bad, right?

Did she learn nothing from J-Lo's bow debacle?

Wearing a lot of clothes and still managing to be basically naked.

This is a poor combination of sort of boring and sort of weird.

The definition of a forgettable red carpet outfit. Fancy more BAFTAs gossip? We've got a humdinger - and it's all to do with the royal family. Scroll on for the details.