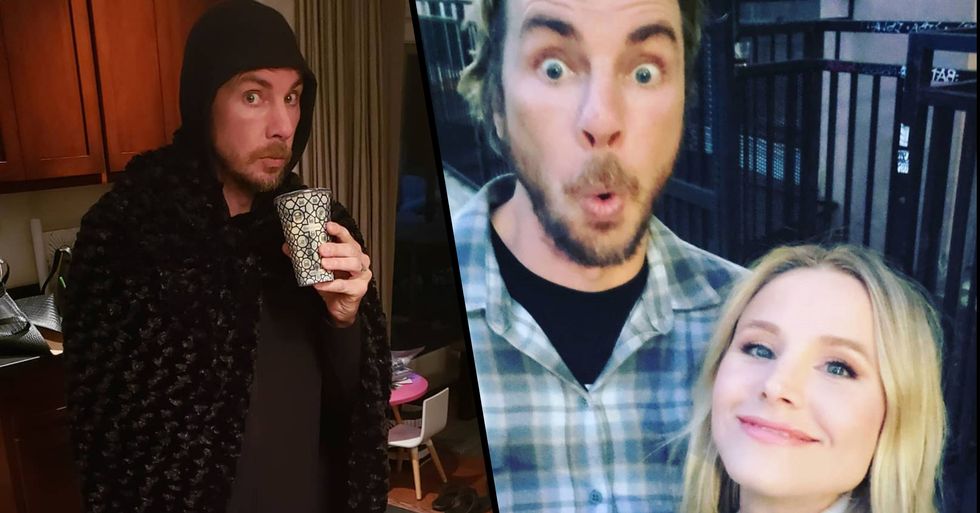 Kristen Bell and Dax Shepard have cemented themselves as one of the most iconic couples around and for good reason too. They may be extremely famous, but they manage to still be so relatable.

We've compiled a list of some of their best moments just to prove how great they really are.

Having an addict partner is never easy, so we take our hats off to Bell for constantly standing by Shepard's side. Honestly, these 2 are just the best.

And just to prove just how amazing they really are...

We've compiled a list of some of their realest moments.

Bell once revealed that she and her husband had gotten into a fight so intense that they both "blacked out" and then decided to adopt a dog afterwards just to make it up to each other. Aw!

And who could ever forget the moment that Shepard laughed at Bell as she cried at their wedding?

Or that time that Bell publicly called out her man for his horrible organizing skills. It was the debate of 2017.

One of the best moments has to be the one where Shepard blasted his wife for wearing gloves in the pool.

An iconic moment in their relationship has to be the time that they both forgot their wedding anniversary but their response was actually the best part. They said, "when you are living with gratitude each moment, the dates become irrelevant."

Couples that spice together, stay together. This was a hilarious moment!

Kristen's posts on Dax's "sober birthday" are always so lovely and heartfelt.

There's nothing better than a self-aware selfie, am I right?

Remember when Shepard told us that he turned down his role in Parenthood because it would mean moving away from Kristen? That's so cute!

A raw moment in their relationship has to be when Dax revealed that the two "coexist" mainly because of "therapy" and "hard work."

We were also given a little insight into their relationship when Bell revealed that Shephard had initially broken up with her to "date other people" but returned with his tail between his legs only 4 days later!

They even waited until same-sex marriage was legalized in California before they got married themselves. Wow. What a couple.

Bell posted this on Instagram captioning it "Date Night" but Dax immediately commented on it saying "What are you talking about? We're in bed." That's couple goals right there, roasting each other online.

And when Bell revealed that Shephard still refers to "Let It Go" as "Let It Snow" and it annoys her, but she still can't help but find it adorable. Aw! If you want to see just how amazing Kristen Bell actually is, then keep scrolling...