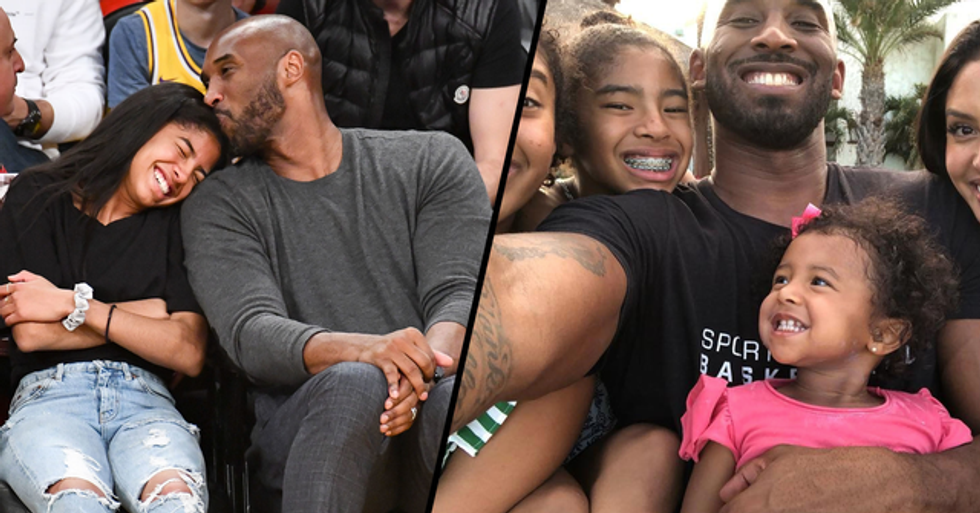 Keep scrolling to hear some of his best and most heartwarming words on fatherhood...

Gianna Bryants, aged only thirteen, also passed away in the tragedy.

So it is completely devastating that she, along with her father and the 7 other victims on board the flight, was taken too soon.

Meanwhile, the world has gone into mourning...

Most are remembering Kobe for his antics on the court.

The forty-one-year-old was widely regarded as one of the greatest basketball players of all time.

We can't even begin to imagine what the Bryants must be going through right now...

Vanessa has lost both her husband and her child, and his daughters have lost their dad and their sister... And it was in the most horrific way possible.

The only comfort they have is their memories...

Of the amazing husband and father Kobe truly was.

Taking to Instagram, the prideful dad wrote, "We are so proud of you! From the classroom to the court. We love you more than you could ever imagine. #hardworkdreamwork."

In a 2019 interview with the Los Angeles Times, Kobe discussed how he would always choose his family over basketball. "I have a life and I have my routine at home... It’s not that I don’t want to go [to Lakers games], but I’d rather be giving [Bianka] a shower and sing Barney songs to her." "I want to make sure the days that I’m away from them are days that I absolutely have to be. I’d rather be with them than doing anything else."

Speaking to the Los Angeles Times in the same interview, the proud dad gushed, "What I love about Gigi is her curiosity about the game. She’s very curious. Even in a heated situation in a game where it’s going back and forth, she can detach herself and come to me and ask a very specific question, which is not common." "She’ll come over and say, ‘OK, on this particular trap when I’m trying to close the gap but she’s getting on the outside, do I need to change my angle?’ It’s a very specific question. That’s pretty damn cool."

"We try to teach the kids what excellence looks like. We try to give them a foundation for the amount of work that it takes to be excellent. Playing basketball, we’re going to focus on the details. We’re going to learn the basics, learn the fundamentals and do those things over and over." R.I.P, Kobe Bryant. To see all the tributes paid to the NBA star, keep scrolling...