Here Are The Best Songs Of The Decade | 22 Words 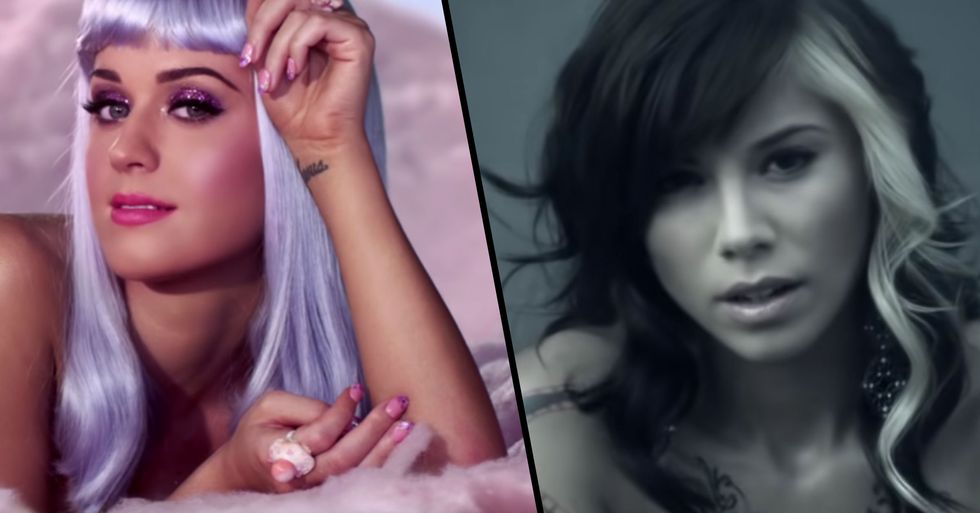 Here Are The Best Songs Of The Decade

As we approach the end of the decade, it is time to start rounding things up and what better way to sum up the 2010s than with a healthy list of the best songs. From pop bops to classic rock anthems, we're going to count down some of the best tracks the past ten years have had to offer us.

This list has been curated with three factors in mind: Song sales, chart rankings and, the most influential, how much I personally enjoyed them, so don't get too butthurt if you don't see your fave. It's probably a great song but just missed out on the list.

So, sit back and enjoy scrolling! I can guarantee you'll be ready to update your playlist with some of these bangers.

Well, we might as well start this off the right way, with Adele. The woman of the decade.

This country-inspired heartbreak song slipped into the list. Someone pass me a tissue!

This decade's most underrated soul singer, Jessie Ware. If you haven't heard her music, add this song to your playlist, ASAP.

This little cutie released this song that propelled him to superstardom and has been going ever since.

The 2012 Eurovision winner stole the hearts of Europe and the rest of the world with this absolute banger.

If you don't know the rap to this then you're canceled.

I remember blasting this out during the final years of high school. God, that was a while ago now...

This track lived up to its name.

Rita Ora came into the music industry with a bunch of bangers and this was one of them.

Christina Perri gave us one of the best heartbreak songs of any decade. "Jar Of hearts" is made for growing post-relationship blues.

Yes, this song featured in The Fault in Our Stars and became the national anthem for tweens everywhere.

87. Marina and the Diamonds - Primadonna.

Now I'll admit, I listened to this song and vowed to live by its lyrics for the rest of my life... So far, it's working out... well.

Ed Sheeran hit the scenes with this classic. From literally starting in 2010, he is now one of the most successful people in the industry.

RIP Juice, you will truly be missed.

It has been exactly 6 years since this song came out.

If you haven't heard this song, then you've totally not felt the feels that One Direction have to offer.

Tinashe left her stamp on the decade with this mellow bop. Listen at your own risk because this is the (very) explicit version...

After announcing they would be going on a hiatus for a while, Korean boyband EXO came back with this banger to show everyone else who is boss. Since then, it's just been onwards and upwards.

Another woman of the decade: Lana Del Rey.

Every time I hear this track, I can't help but sing along to it like I'm in some sort of movie.

No one could ever match Sia's powerful voice.

If you don't remember this song playing at every frat party, then you've never lived.

No one could ever forget this tune.

Charlie Puth only came onto the scene in the second half of the decade, but boy did he leave a dent with his catchy pop songs!

72. Christine and the Queens - Tilted.

This singer brought French music back into the mainstream.

I had a hard time deciding which Posty song to add to this list, but in the end, this one claimed the seventy-one spot.

Watching this music video and finding out that this was actually a love story between Zara and a fictional character called "The Gruffalo" really freaked me out... Good song though.

69. Calvin Harris feat Florence and the Machine - Sweet Nothing.

The most underrated artist of the decade has to be Florence and the Machine.

An emotional start to the decade with this tune. Demi bared her entire soul here.

Snoop Dog was an amazing addition to this song.

"I'm gonna pop some tags Only got twenty dollars in my pocket I'm, I'm, I'm hunting, looking for a come up This is f***ing awesome."

If we're going to talk about the queen of being overplayed, you can't count Ariana Grande out.

Every single person's Instagram bio had suddenly started quoting this song and so obviously it had to make it onto the list.

A good comeback by this band. It's a shame "Apologize" wasn't in this decade...

I'm not a big country fan, but this duo really got me listening to the genre. Wow. This song was everywhere and at one point, even WWE used it as a promo song!

59. Childish Gambino - This Is America.

When the video to this song came out, the whole world was left scandalized as it exposed the truth behind the treatment of black people in America.

Remember this viral song? I still can't get it out of my head!

Miley Cyrus swinging naked on an actual wrecking ball? Of course, that was bound to make the headlines.

Unlike its name, this song actually made me sad because of how much it was overplayed.

At fifty-four, we have the ultimate summer anthem.

This song did hit number one, even though it brought with it so much controversy.

Nothing can ever top this song... Besides the other fifty-one songs on this list.

So much love for this song!

I can't help but start this list with an absolute classic. Adele, one of the best musicians of this decade, released two albums in the early years so we'll be seeing more of her very soon.

Rumors stated that this song was actually based on Swift's whirlwind romance with none other than Harry Styles...

I remember when everyone was singing this song, despite their lack of Korean knowledge. Good times...

I'm still not over the sentiment of this song.

3 of the baddest b*tches in the music industry showing the world how it's done.

This song featured in iTunes' Song of the Week and eventually went on to become the Song of the Year.

If you don't know the lyrics to this, are you feeling okay?

Pure Heroine is one of the best albums ever written and yes, it includes this song.

A summer evening vibe of a song.

Bieber's comeback really left the world shook. It doesn't matter if you like him or not, it's just a fact.

37. One Direction - What Makes You Beautiful.

The perfect karaoke song, no matter who you are.

I've now named this the official female anthem, next to "Survivor" by Destiny's Child.

Imagine Dragons have so many more classics, but this one is the only one that made it onto the list.

This is probably the most overplayed song this year, but we still love it.

This was my college anthem. I still remember every word...

I didn't expect anything less from Queen B.

I still can't the lyrics of this song out of my head... Yikes. It also won Song of the Year.

27. Lewis Capaldi - Someone You Loved.

Lewis Capaldi came out of nowhere and still managed to sneak into the top 30 songs of the decade. Impressive.

Baby, how you feelin'?

This was a lethal collaboration. We loved it!

And if you didn't get enough Cardi B in the previous song, then here you go. This will leave you satisfied.

Probably one of the most overplayed songs of the decade... Still great though.

Who could ever get bored of this song, let alone this entire soundtrack?

Seven years on and this song still gets to me...

Can you believe this only came out seven years ago? It feels like it's been ages!

Another cute love song by the Artist of the Decade.

This better be everyone's motivational tune.

Ariana is, without doubt, one of the best female artists of the decade.

This decade saw the birth of the raunchy Fifty Shades of Grey films. If you haven't heard this song, then you must have been living under a rock.

This made the top 10 for obvious reasons - it really had an impact on society as a whole.

Another great banger from Justin Bieber. No matter how much this song was played, it was hard not to sing along!

You know how this one goes, right? "Shape of You" hit the number one spot in thirty-four countries including the United States, the United Kingdom, and Australia.

Legend has always been a great musician but knowing he wrote this song for his wife on their wedding day just makes it all the better.

Please tell me you can also recall every word of Eminem's rap in this song? It did so well that a follow-up song was released right after.

There have been some amazing comebacks in this decade but no one could ever top Justin Timberlake, can they? JT's got a style that will always remain timeless.

This song became the breakthrough of Spanish music in the Western mainstream. "Decpacito" became the number one trending single in almost fifty countries!

It's been two years since this song came out and I still can't get it out of my head. And the video is very cute too, so it is worth the watch if you haven't already!

And at number one, we have the only and only, my woman of the decade, Adele. You've probably forgotten just how amazing this song is, so give it a listen. That's all from me today! Let's hope the next decade brings us nothing but joy and good music.