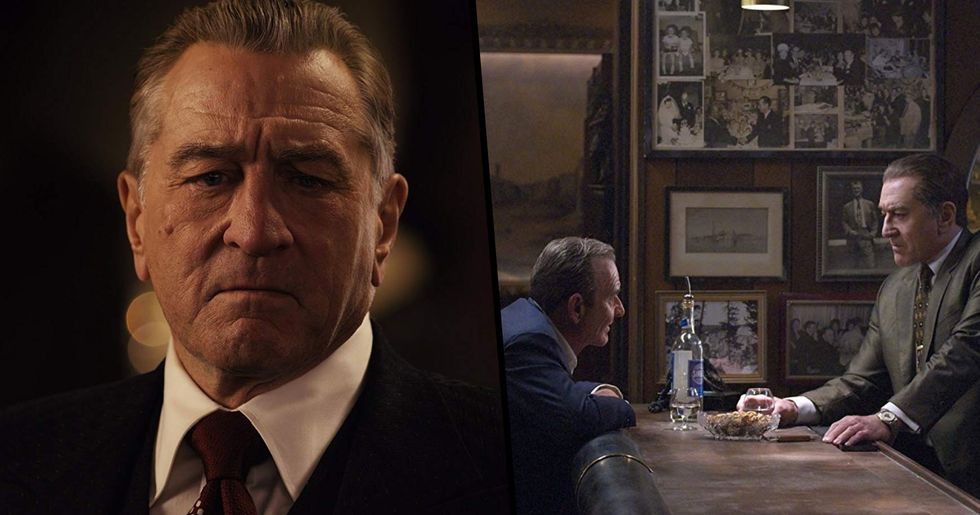 This week, the internet has gone The Irishman mad. If you are a movie fanatic, you'll probably be aware of the immense hype that's surrounded the gangster spectacle, especially since it just dropped Netflix.

While it's no secret that while the film has commended huge attention, it's also incredibly long. And those who don't have the time or attention span to watch the whole thing have come up with an innovative solution.

Fans have figured out the perfect way to watch the movie as a mini-series instead of in one sitting. If the idea is tempting to you, have no fear - keep scrolling to find out exactly how to do it.

We can't forget about Joe Pesci...

Now, I know some of you will be wondering this...what with Scorsese, De Niro and Pesci all attached to The Irishman it makes sense to compare the picture to its predecessor.

But those who weren't quite keen enough to catch it on the big screen were in luck, as the movie dropped on Netflix this week.

Though Scorsese wasn't sure about distributing through Netflix.

Some people have been desperate to watch The Irishman...

Well, obviously not quite enough to go and watch it during its limited release but like, enough to tweet about it.

Netflix has also released a special documentary along with the movie.

It seems someone had bombarded Netflix India's twitter account with a request for an Al Pacino movie. We're glad they finally got what they wanted.

But there's one slight hitch...

The movie is incredibly long, as in 209 minutes worth of mob warfare content.

Those who are shuddering at the thought of having to concentrate for that long are in luck...

Whether you have a dire concertation span or simply not enough time to set aside, one fan has cone to the rescue.

He has come up with a way to watch the movie as a mini-series.

If the thought of watching it all in one sitting isn't all too appealing - splitting it into easier to watch chunks.

He's even titled the "episodes."

Of course, some people aren't entirely happy that anyone would dare contemplate splitting the film up but sometimes you've gotta to do  what you gotta do.

Here's how to do it: