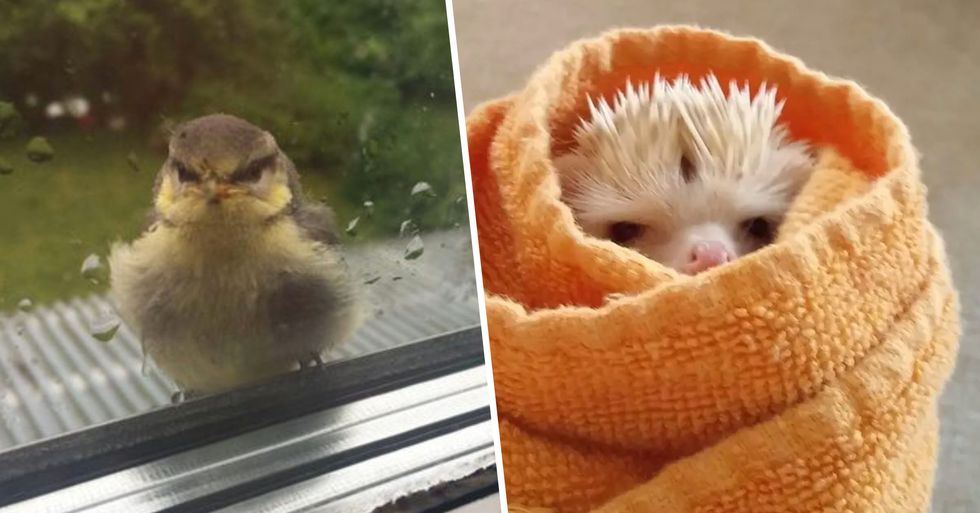 And just to add an extra little bit of adorableness to an already adorable pot, I've compiled a list of pictures of animals that look angry as hell, while still being cute nonetheless.

This Tumblr user's cat brought home a little present... An angry rabbit. He was later released back out into the field.

Apparently, this cat "acted up at the vet."

I think this takes the Angry Birds game to a whole new level. Yikes!

I didn't think a dog standing on his back legs could ever look so fierce...

After a quick bath, this kitten was plotting up some revenge.

If there's one thing we're learning from this article is that cats hate being in an E-Collar.

Watch out, this little guy is ready to pounce.

It's all in the eyes, guys.

How can something so small radiate so much anger?

"Is this what you call a nest?"

If looks could kill, you'd be 6 foot under.

He's so angry that he's curled into a ball. Wow.

I mean, cats seem to be the animals filled with the most rage...

Another example of my latter statement.

"I can't even look at you right now."

"An animal's eyes have the power to speak a great language." It perfectly describes this photograph.

If this man was wagging his finger in my face, I would be annoyed too.

This Japenese white-eyed bird was captured at the right moment.

An angry ball of fluff.

And who remembers this little guy? He set his house on fire at Christmas but managed to survive the flames. If you're in the mood to read more cute animal-related content, then keep scrolling. These pets have had little accidents...