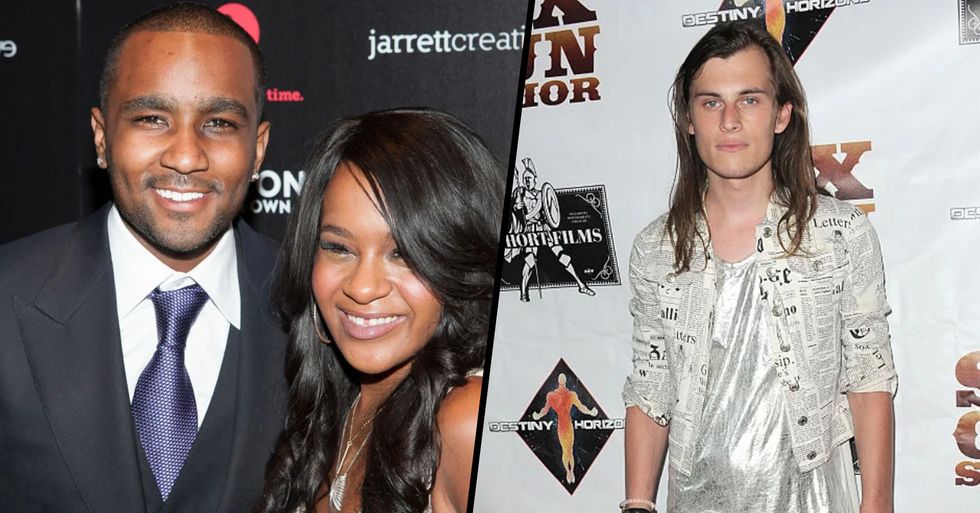 Here’s All the Celebrities Who Have Died in 2020

And we know, this sounds so depressing. But we'd like to celebrate the lives of those who have touched our lives in some way or another last year. Whether they sang, composed, or played music that we love to listen to when we're feeling down; acted, directed, produced or written movies that remind us of cuddling up with our parents on the sofa; sparked a celebration with a goal, a winning point, or a knockout, or simply made us chuckle, these people are special and deserved to be remembered as the winners that they were.

Horta was best known for creating the hugely successful comedy-drama Ugly Betty.  Horta was tragically found dead on January the 7th in his motel in Miami. According to Variety, reports said that the star died from a self-inflicted gunshot wound – strongly suggesting suicide.

Hains was an actor, model, and son of actress, Jane Badler, who rose to fame for his role in American Horror Story: Hotel back in 2015, where he appeared as "boy." The actor died on 7 January, with his mom breaking the news on Instagram: "He was 27 and had the world at his feet. But sadly he struggled with mental illness and addiction. ‘A brilliant spark shone bright too short a time… I will miss you, Harry, every day of my life."

The world was left devastated when the news came that Kobe and Gianna Bryant passed away following a tragic helicopter accident. There were an additional 7 victims in the crash, and no survivors. Kobe and Gianna (aged thirteen) left behind wife and mother, Vanessa Bryant, and 3 siblings, Natalia, Bianka and Capri.

Kirk Douglas, one of the actors of the Golden Age, has passed away at age 103. According to TMZ, the retired actor and centenarian passed away this Wednesday, February 5th.

The Welsh-born actor was the founder of the timeless comedy, Monty Python and alongside massively impacting the world of comedy, he has truly left behind a legacy. Terry died after suffering with dementia.

The All My Children actor died aged 66 following a stroke.

The musician best known from Fountains of Wayne died of the coronavirus aged 51.

Host of Inside the Actors Studio and actor, Lipton passed away aged 93.

The singers best known for "Islands in the Stream" died aged 81 from natural causes.

The singer best known for "My Boy Lollipop" died aged 73 following a stroke.

The actor known for roles in The Exorcist and Game of Thrones died aged 90.

The actor best known for his role in Grease died aged 86 of natural causes.

The actress best known for her roles on Sex & The City died aged 86.

The drummer of the Canadian rock band Rush died from brain cancer aged 67.

The star of The Carol Burnett Show died aged 84.

The Bollywood star known for The Life of Pi and Slumdog Millionaire died aged 53 of a colon infection.

The actor best known for his role in Scrubs died aged 56 from cancer.

The star of Little Women: Atlanta died aged 34 in a car accident.

The actor and writer best known for appearing on The Office died aged 64.

The famed mathematician and inspiration behind Hidden Figures died aged 101.

The founder of Trader Joe's died aged 89 after a long battle with illness.

The boxing champion died aged 58 of complications related to diabetes.

The actress best known for her role in The Nun's Story died aged 86 of coronavirus.

The Alien actor died aged 68 following complications due to coronavirus.

The niece of JFK disappeared alongside her son Gideon while kayaking in the Chesapeake Bay. They two were declared dead on April 3rd.

Professional wrestler and father to The Rock, he passed away aged 75.

The professional dancer best known for So You Think You Can Dance died aged 35 following a car accident.

The founding member of Kraftwerk died from cancer aged 73.

The former Bachelorette contestant died aged 29 from a drug overdose.

The former Are You The One? contestant died from an overdose aged 23.

The rock and roll legend died aged 87 following a battle with bone cancer.

The comedian and father of Ben Stiller passed away aged 92 due to natural causes.

Maria passed away suddenly aged 31. According to the obituary, the late princess died of a sudden cardiac aneurysm.

The Flash star died aged 16 from a drug overdose - following a battle with addiction.

The pair passed away aged 30 and 27 of drug intoxication - which was ruled as an accidental death.

The Netflix star passed away at the incredibly young age of 22 after she took her own life due to being cyberbullied.

The Flash Gordon star passed away at 74. His cause of death has not been revealed.

The former Kiss guitarist passed away at the age of 70 from unannounced causes.

The Friends actress tragically passed away aged 70 after a long battle with cancer.

The Dream Street icon died aged 34 due to complications from coronavirus.

The Pointer Sisters member and Grammy award-winning artist passed away aged 69  after suffering from a cardiac arrest.

The This Is Us writer sadly passed away aged 39 after taking her own life.

Katherine, who was the daughter of Hank Williams Jr, passed away at the young age of 27 following a fatal car crash.

The actor passed away aged 88 from a Parkinson's-related illness.

The Hollywood icon and Kangaroo Jack writer passed away aged 55 after taking his own life.

The 16-year-old TikTok star devastatingly passed away in what has been assumed to be a suicide.

The actor and Broadway star died aged 41 as a result of severe complications from coronavirus.

The controversial figure, who came into the public eye after she was charged for 2 counts of second-degree child rape after being in a "relationship" with one of her students. She died aged 58 following a battle with metastatic cancer.

The actress, who was married to John Travolta, passed away aged 57 following a 2 year battle with breast cancer.

The Youtube star died aged 24 along with her unborn son after suffering from a heart attack while 8 months pregnant.

Hermine, who was the daughter of Henri, eleventh Duke and 9th Prince of Clermont-Tonnerre, passed away aged 54 following a motorcycle accident.

Zindzi, who was the daughter of Nelson Mandela, tragically died aged 59. Her cause of death has not been disclosed.

The Mythbusters host died aged 49 from a brain aneurysm.

The Fresh Prince of Bel-Air actress passed away at 55 following a battle with cancer.

The Olympic figure skater died at the young age of 20 from an apparent suicide.

The CBS New York reporter passed away aged 26 after being involved in a moped accident.

The Good Morning America producer sadly died aged 35. Her cause of death has not been specified.

The actor passed away aged 83 from pneumonia.

The rapper, singer, and founding member of The Roots passed away aged forty-seven. His cause of death is still not known.

The iconic actor, who was the face of Quaker Oats, passed away aged 85 from kidney ailment.

The Audrie and Daisy star died aged 23 by suicide following years of trauma.

Robert, who was Donald Trump's brother, died aged 71. His cause of death has not been revealed.

The Gold Rush star passed away aged 60 from a suspected heart attack.

The RuPaul's Drag Race star and beloved Drag artist passed away aged 34 after being diagnosed with scleroderma, a chronic incurable illness that causes the skin to tighten and thick scar tissues to form around internal organs. She was also diagnosed with pneumonia.

The Americana singer-songwriter sadly passed away aged 38 from a suspected overdose, after enduring a long battle with addiction.

The popular YouTube star tragically passed away at the young age of 19 following a brain injury that caused him to be put into a coma.

The Scooby-Doo creator passed away aged 87 from natural causes.