Here's Everything Coming To Netflix In March | 22 Words 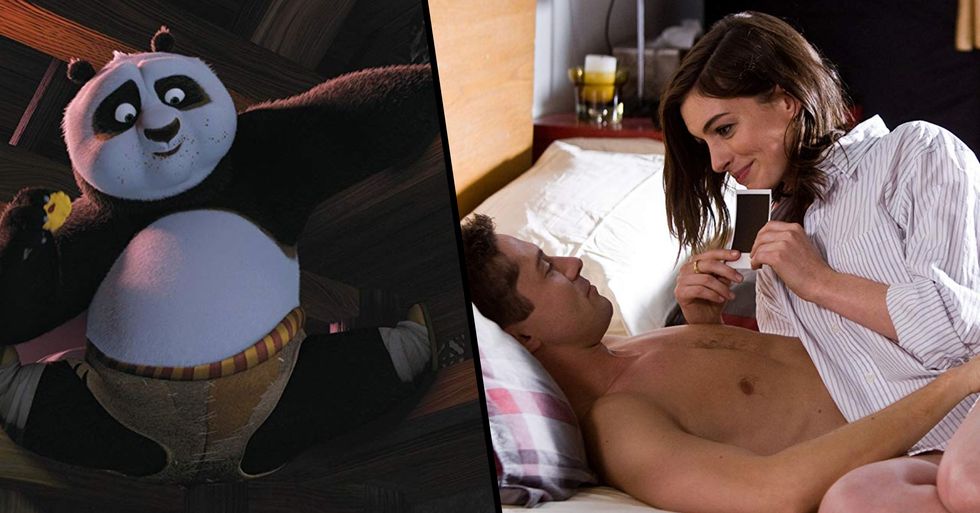 Here's Everything Coming To Netflix In March

Is it just us, or did February last about five minutes? As soon as it started, it's basically over, and March is on the horizon. And what comes with a new month? A whole host of fun Netflix content, of course!

And in the coming month, there's a hell of a lot on offer. Want to see what you've got to look forward to? Scroll on.

"Moo Jin-Hyuk was a popular detective who solved major cases, but after his wife was murdered by a serial killer his life spiraled down. He is filled with guilt that he was not able to protect his wife and he secretly looks for her killer."

"Colognian commissioner Gereon Rath moves to Berlin, the epicenter of political and social changes in the Golden Twenties."

"Jimmy's rare baseball card is robbed. Since it's his only hope to pay for his daughter's upcoming wedding, he recruits his cop partner Paul to track down the robber, a memorabilia-obsessed gangster."

"A psychosexual noir love story, set in Las Vegas and Paris, about love, obsession, sex, betrayal, revenge and, ultimately, the search for redemption."

Ghosts of Girlfriends Past

"While attending his brother's wedding, a serial womanizer is haunted by the ghosts of his past girlfriends."

He's Just Not That Into You

"This Baltimore-set movie of interconnecting story arcs deals with the challenges of reading or misreading human behavior."

"The Dragon Warrior has to clash against the savage Tai Lung as China's fate hangs in the balance. However, the Dragon Warrior mantle is supposedly mistaken to be bestowed upon an obese panda who is a novice in martial arts."

"When a massive fire kills their parents, three children are delivered to the custody of cousin and stage actor Count Olaf, who is secretly plotting to steal their parents' vast fortune."

Life as We Know It

"Two single adults become caregivers to an orphaned girl when their mutual best friends die in an accident."

The Story Of God Season One

"Morgan Freeman presents his quest in order to find how most religions perceive life after death, what different civilizations thought about the act of creation and other big questions that mankind has continuously asked."

"Intertwining couples and singles in Los Angeles break-up and make-up based on the pressures and expectations of Valentine's Day." Next, on March 5th ...

"A vampire hunter fights to save a besieged city from an army of otherworldly creatures controlled by Dracula." And on March 6th?

"Given mystical powers by a talismanic keepsake, a young man embarks on a quest to fight shadowy forces and solve a mystery from his past."

"A Netflix Original Series documenting various stories about exposing the greed, corruption, and crime spreading through the global economy."

"People from all walks of life compete in a popularity contest to win a cash prize." Next, on the 13th ...

"In a school populated by anthropomorphic animals, a humble wolf with anxiety investigates a classmate's sudden murder, while contending with his bewildering feelings for a kindly dwarf rabbit."

"When Mari Gilbert's daughter disappears, police inaction drives her own investigation into the gated Long Island community where Shannan was last seen. Her search brings attention to over a dozen murdered sex workers."

"While strange rumors about their ill king grip a kingdom, the crown prince becomes their only hope against a mysterious plague overtaking the land." The very next day...

"This popular series follows the adventures of Thomas the Tank Engine and all of his engine friends on the Island of Sodor." On March 20th ...

Self Made: Inspired by the Life of Madam C.J. Walker

The Letter For The King Season One

"Tiuri, a teenage squire, answers a call for help that sends him on a perilous mission across the three kingdoms to deliver a secret letter to the King."

"At almost fifty years old Sandro is the leader of the Apache, a group of ultras with whom he has spent his whole life at the stadium: a life of violence, clashes, passions, and unshakable values. Now that a Daspo prevents him from approaching the curve, those values are starting to falter." On March 25th ...

"When Danny, a guilt-ridden engineering geologist in transit to her remote Russian assignment survives a mysterious helicopter crash, she must try to escape the harsh environment. But she is not alone." The 26th?

"In the immediate future, a giant meteorite has collided with earth. All living organisms, including mankind, have been wiped off the face of the planet." On perhaps most exciting, on March 27th...

"A financial adviser drags his family from Chicago to the Missouri Ozarks, where he must launder money to appease a drug boss."

A great month for binging!

And if you can't wait 'til March, scroll on. We've got all the details of a Netflix show that's taking the internet by storm.