Here's the Brand New Star Wars Trailer, but the Writer/Director Says Not to Watch It | 22 Words 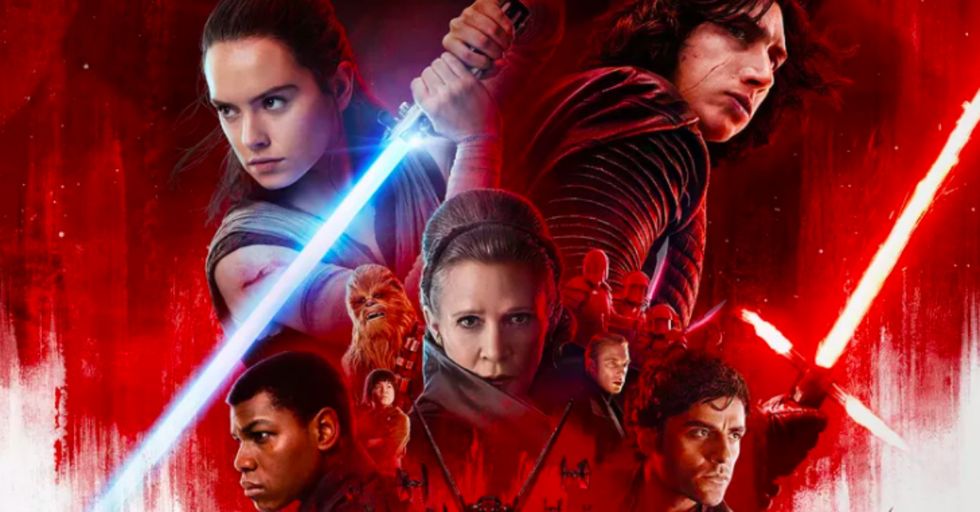 Here's the Brand New Star Wars Trailer, but the Writer/Director Says Not to Watch It

Wait no more for the new trailer for Star Wars: The Last Jedi. It's here.

But should you watch it?

The movie comes out around Christmas, but you can already buy tickets, which seems to indicate that this is going to be huge. So get out your lightsabers and prepare to let out the cry of the Wookiee because this is exciting.

Before the trailer's release, Lucasfilm revealed the theatrical poster for the movie.

And it is epic. The Last Jedi begins where The Force Awakens left off, so we'll see our old friends Rey (Daisy Ridley), Finn (John Boyega), Poe Dameron (Oscar Isaac) and BB-8 (BB-8). Not to mention Mark Hamill returns as Luke Skywalker.

But but...should you watch this new trailer? The movie's writer/director Rian Johnson has mixed feelings.

Basically, he's saying that the trailer definitely gives away too much, and if you really want to avoid any sort of rumor, speculation, and spoilers, you should probably skip it. But on the other hand, Johnson says, "It's gooooood....."

So, we have a dilemma. There's the trailer, right below these words. What are you going to do, not hit play? Wow, that's a lot of self-control. Wait, I see you going for it:

Whoa. Right? Unless you didn't watch it, in which case, it totally wasn't super awesome and dramatic and breathtaking and emotional and shocking or anything. Don't worry. You can simply scroll up and watch it now. We'll wait.

This is what we look after that trailer:

We don't want to spoil anything for the non-watchers out there, but let's just say Kylo Ren looks mad and this adorable Porg thingy is too cute to handle.

While Rian Johnson is wishy-washy on whether or not you should watch the trailer, there's one "spoiler" he doesn't seem to mind giving up:

Well, that settles that. We'll see you in theaters on December 15.