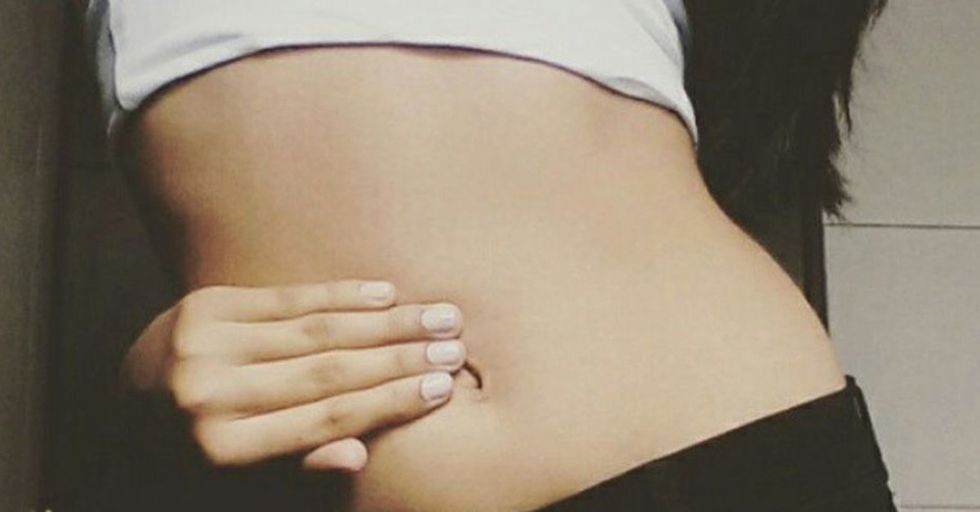 Everyone has a belly button. Some are prominent, others aren't. And although they come in all shapes and sizes, we generally refer to them as either innies or outies.

And while there are a few bunk theories about the cause of either type, we really don't think much about our belly buttons or how they get their shape. It turns out that the answers are pretty simple, even if they're not common knowledge. Take a look.

Innies are a bit more common than outies, which means outies aren't just prominent because they stick out a little...

...it's also because they're rarer.

Your belly button comes from the severing of the umbilical cord, which generally takes places just moments after birth.

Many people think the shape is determined by how close the cord is cut, but that doesn't play a factor at all.

It's actually the result of how the scar tissue forms days after the cord is cut, as the remaining cord, however long, dries and falls off.

Outies just have a little extra scar tissue. There's not much that can be done naturally to change this process, so don't have any regret if you're not rocking the navel of your dreams.

However, there's another factor that can give belly buttons their shape, though this is more of a temporary issue.

It's called an umbilical hernia, and it's not as bad as it sounds.

If a baby's stomach muscles haven't fused in time, it's possible that stomach tissue can peak through the muscle fiber, just like with any other hernias. This makes for a lumpy outie like you see here.

It can even poke out when a baby cries and flexes its muscles.

It normally resolves itself within a year, but if it's not done by about age 4, surgery can fix the issue. Either way, there's rarely any pain associated with this condition.

If you don't like your belly button later in life, you can visit a cosmetic surgeons as well.

In 2005, it was reported that 2,100 people had cosmetic surgery on their belly buttons, most often to make outies innies.

Finally, just because you've got an innie doesn't mean it will stay that way.

Sometimes, innies become outies later on in life. You can see it often with pregnant women or obese individuals when the stomach expands quickly. Is that more than you ever thought you would know about belly buttons?