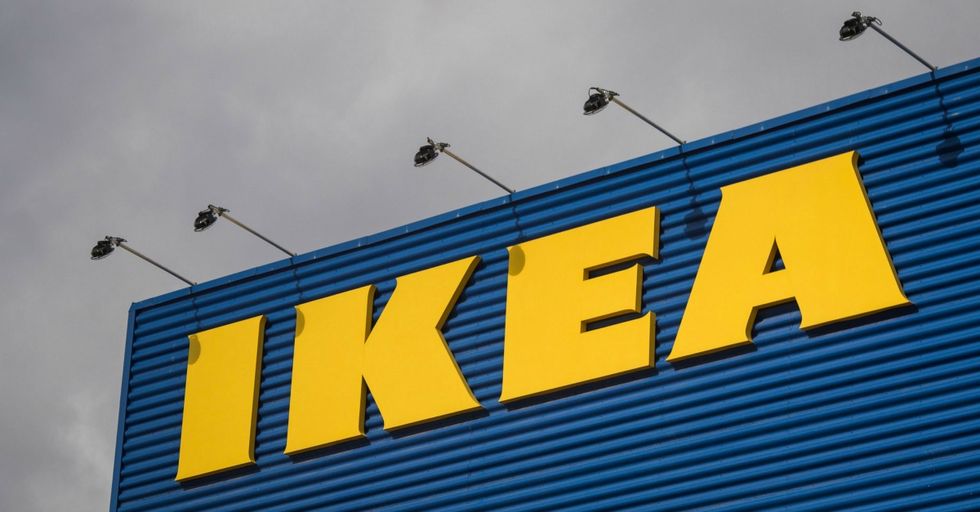 IKEA made an ad where parents tell their daughter that she can't return home until she has found a boyfriend.

They pulled the ad yesterday after it was faced with tons of criticism on the Chinese social media platform Weibo. IKEA said that they are dedicated to gender equality and didn't mean to offend anyone. They meant to show that you can transform a space quickly with IKEA furniture, in time for a celebration such as engagement party.

Their idea is flawed on another level because no one can find a boyfriend that quickly, am I right or am I right? But that's aside the point.

Here's the video that Ikea took down.

It shows a woman at dinner with her parents, who are clearly displeased with her. Her mom says something, presumably asking her to go out and find a boyfriend. The daughter reappears, man under her arm, to her parents' delight. The parents quickly redesign  the apartment (using IKEA products, of course) to accommodate the new guest. They also give him more attention than their own daughter and are clearly more excited now that she has a beau. Was this offensive or just a lighthearted ad?

According to Euronews, Chinese Weibo users called the ad "sexist," "disappointing," and "twisted."

One person said,"I just want to ask IKEA would they dare to show such an advert in their home country, Sweden?" Another influencer, Ba Ge Zhuan Yong, said, "Whether having a romantic partner or not is one’s own business and does not need any interference from others, let alone an advertisement." That comment already had more than 4,000 likes and 3,000 shares yesterday.

Ikea responded and said that they are glad that people gave their "candid feedback."

In a statement, they wrote, "We understand the concern caused by this TV advertisement and sincerely apologize for giving the wrong perception."

"This TV ad tried to show how IKEA can help customers easily and affordably convert a typical living room into a place for celebration."

"The purpose was to help customers to celebrate moments in everyday life. IKEA encourages people to live different lifestyles, and this belief is reflected in our product design and home furnishing solutions."

"We have already taken action and will continue to improve our communications moving forward," IKEA wrote. Here's some footage of IKEA trying to patch up their faux pas.

They said that this experience gave them "a good opportunity… to learn and do better in the future." We hope IKEA can shape up so that we can go back to enjoying those cheap cinnamon buns and Swedish meatballs without worrying that they think we're not worth as much if we're not in a relationship.