Do You Know What Your Sleeping Position Reveals About Your Personality? | 22 Words 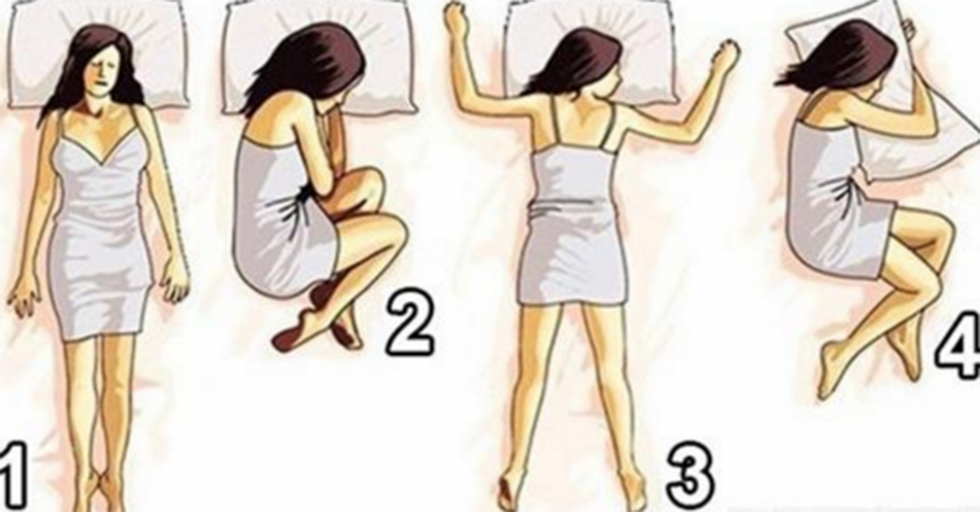 Do You Know What Your Sleeping Position Reveals About Your Personality?

We all sleep in different ways.

In fact, we might not even always sleep the same way in on a given night.

But did you know that the way you sleep (your position, that is) isn't just a function of comfort, but who you are?

It's true. Your personality dictates the way you sleep as much as your body does!

The first thing to figure out is how you sleep.

It might seem obvious, but think about it, because you might toss and turn before finding your ultimate position.

You might not have "favorite," but that's ok. Just pick the one that you are in when you actually fall asleep or wake up.

We'll call THAT your sleeping position.

Of course, sometimes we can't PICK our sleeping position, but don't count those.

Find the shape your body makes when you drift off so you can compare it to the following and see what your position says not just about your body, but who you are as a person. You don't have to believe it (yet). Just take a look!

It shouldn't come as a huge surprise that the way a woman sleeps can not only share a lot about her, but the state of her relationship (if she's in one).

But do you know exactly WHAT the way you sleep says about you? Take a look below to see what kind of sleeper you are and what it could mean!

This one's the "Freefall," because it looks like you're just a big pool of arms and legs on a bed. Sleeping face-down like this means you have an open and welcoming personality, sometimes to a fault.

If you're constantly wrapped around something (or someone) while sleeping, and often find yourself above the covers, that could actually mean that you're very trusting and loyal, so clutch away!

If you sleep flat and straight as a board (How do you do that, btw?), that's an indication of being quiet and reserved. It also could mean that you've got a high sense of self-worth.

If you are most comfortable on your side, it means that you're calm and laid-back when you're awake. You are also very trusting, but not to a fault.

A back sleeper is often prone to snoring, which is often a hallmark of an irritable person. Does that mean you can roll over and instantly become less irritable? Probably not, but your sleeping companion might appreciate it anyway!

Now, sometimes the way you sleep is just a basic function of how your body is comfortable resting, but it's natural that body language (especially body language exhibited for 8 hours at a time, subconsciously), can be very telling, so think about the people you know and how they sleep.

What does your sleeping style say about you?

This isn't info to change the way you sleep, so don't let it do that.

That will just be unnatural and cause you stress. Instead, just use it as a fun little piece of trivia. Don't read TOO much into it, or your nights could soon turn restless and you won't have a sleeping position at all!