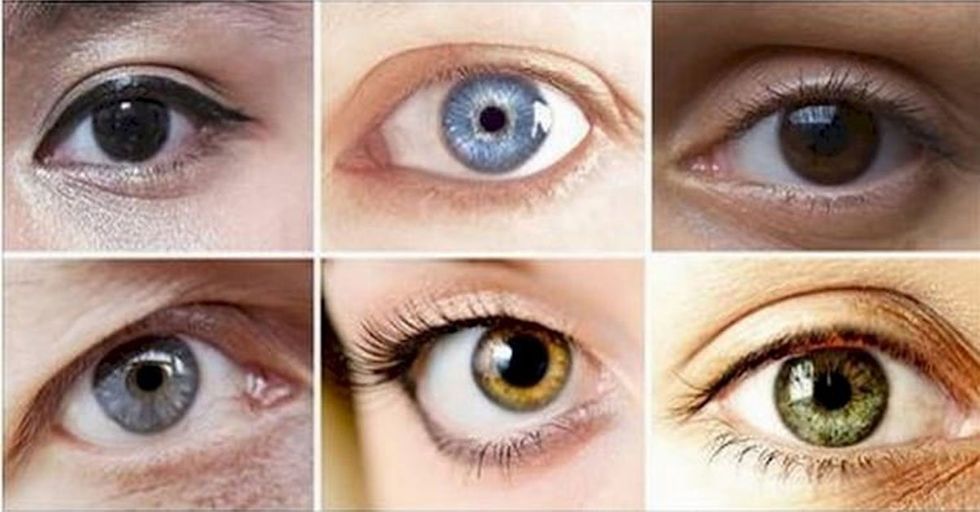 After thousands of years, Chinese face-reading experts have found a correlation between the shape of your eyes and various personality traits.

So if you're wondering what the shape of your eyes says about YOU, then take a look below and find your eye type!

Deep-set eyes mean you're, well, deep. You're observant and survey everything that's around you. You're also insightful.

Round-eyed people tend to wear their hearts on their sleeves. They're expressive almost to the point of being dramatic and also impulsive and dramatic.

Almond-shaped eyes have upswept corners, and the people that have them are often passionate, but grounded and calm as well.

Downward-slanting eyes can be the mark of a pessimist, but those people can also be loyal and lifelong companions.

Close-set eyes indicate that a person is energetic, stubborn, and hard to size up.

Upward-slanting-eyed people are driven, focused, and don't tend to take no for an answer.

People with small eyes tend to notice the details in things and are often very thorough.

Hooded eyes occur thanks to a flap of skin that runs along the brow that tends to obscure the eyelid. People who have them are often very relaxed and approach things with an open mind.

Prominent eyes generally belong to people who are warm and sensitive. These people would rather hang out with a small group of people than a big one.