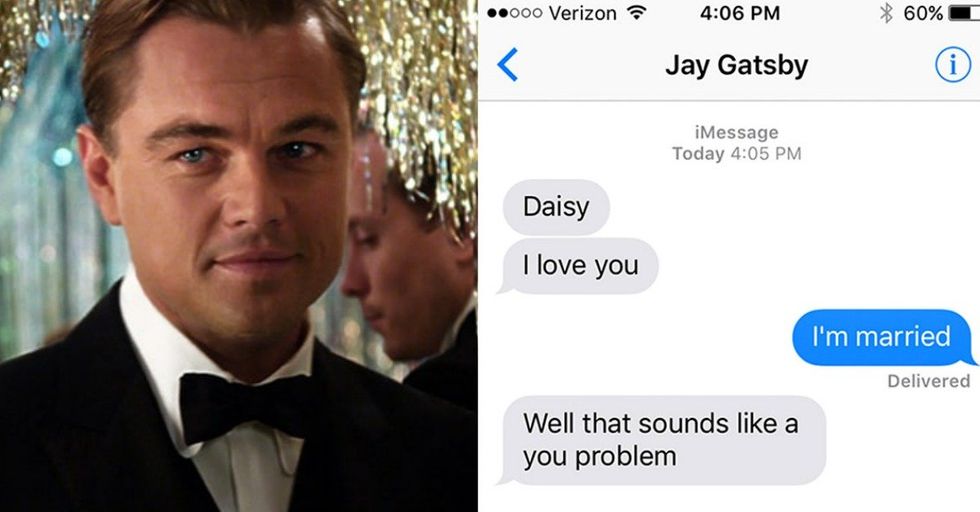 Here's What Would Happen If Literature’s Biggest Romantics Could Text

It's hard to truly convey romance over text, no matter how much of a Romeo you think you are. But what if the literary icons that inspired romance itself gave cellphones to some of their most beloved characters?

Wonder no more, as the people at SparkLife did just that — reenacted classic love scenes set in the modern day world of technology...LOL.

Romeo and Juliet by William Shakespeare

The Odyssey by Homer

Pride And Prejudice by Jane Austen

The Sorrows Of Young Werther by Johann Wolfgang Von Goethe