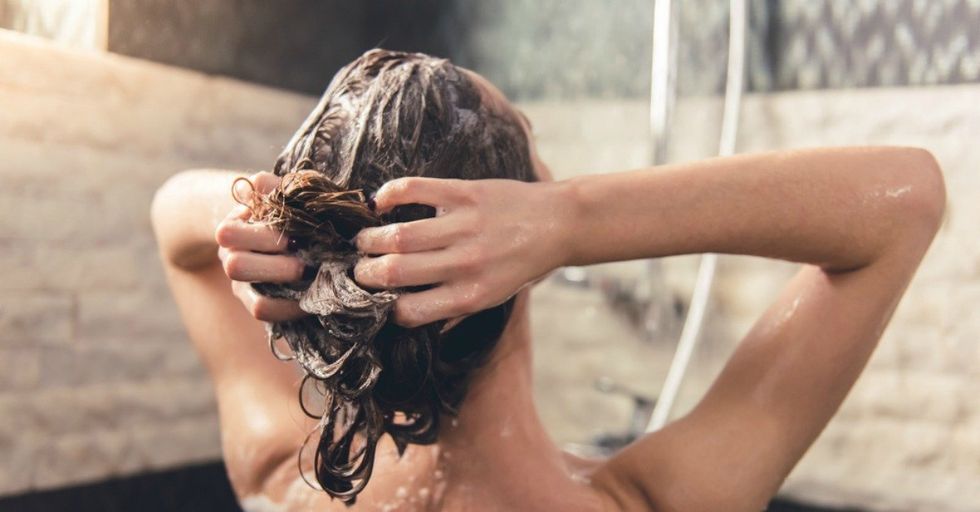 Here's What Would Happen If You Didn't Shower For a Year

No surprise — it wouldn't be pretty, but what exactly would go on if you decided to forgo a shower for a whole year?

Besides being a slow way to alienate yourself from society, keeping it au naturel for that long is not recommended, advises Dr. Cameron Rokhsar, an associate clinical professor of dermatology at Mt. Sinai Medical Center in New York. Here's exactly what would happen:

Rokhsar said your stench likely would come as a result of the bacteria and dead skin accumulating on you. After a year, he said, you'd have a build-up of skin stratum corneum, or dead skin on top of your skin. It includes a build-up of a protein our skin produces that has a funky odor to it. Bacteria also would accumulate on the skin, giving off a nasty smell when it mixes with our sweat. Excuse me, but now I already want to go shower again just after typing that.

Brown clumps would grow on you — anything growing on you other than hair is not a shining moment.

Dermatologist Dr. Lauren Ploch said the skin would become oily or dry and become infected with fungus or yeast and then bacteria. The dirt on the skin could then cause warty growths. Dr. Caroyln Jacob, director of Chicago Cosmetic Surgery and Dermatology, said the oily parts of your body would collect dirt and pollutants. This would happen most in places where your body produces the most oils, such as your underarms, behind the ears, on the neck and under a woman's breasts. When showering stops, the dead skin clumps together with your body's oils. The clumps would grow in patches and take on a brown hue once they collect dirt and other pollutants. I just gagged a little in my mouth.

You'd be at higher risk for infection — and no one would want to take care of you because you haven't showered in weeks.

We're taught early the first step to take when you get a cut is to wash it. If you haven't washed in a year and you cut yourself, the building bacteria on your skin means you may be more likely to suffer a soft tissue infection, notes Rokhsar. "While infection may not be a concern in the beginning, carrying a large load of bacteria on the skin can pose a problem if the skin barrier were to become compromised in some way. i.e. through a cut or scrape," said Ploch, a member of the AAD.

Your head would itch — mine is starting to after reading this.

Dead skin would build on the scalp — dandruff — which causes your head to itch. But after a year, explains Rokhsar, your head would become "extremely itchy." If not groomed, Jacob said hair becomes heavy with oil secreted from the scalp and the collected dirt and pollutants that stick to it. It would later, Rokhsar said, look matted and knotty. "Matted and knotty" probably isn't going to be the next Instagram trend.

As bacteria builds on your skin, said Jacob, it risks inflaming hair follicles, causing pimples. Rokhsar adds something called sebum would build up on your face, causing acne or puss bumps. I hate the word "puss" so much.

Your groin area will become a big problem — and no, not in a "good big groin" way, you weirdo.

Scum between your toes — SCUM.

Speaking of the groin as we were, the fungus that will grow between your toes could easily spread to the pelvic area, so that's pleasant. Jacob said dead skin would build up between your toes and become crusty. It could then harbor fungus, which could be transferred to your groin while putting your feet through your pants or underwear. She's really thought this thing through.

Rokhsar predicts it would take about a week to get back on track. Ploch, however, said some of her patients have gone months without washing a certain part of their body. It can take weeks, she said, for the skin to return to its normal state. You don't have to do it every day, but throw a few in from time to time. Just think — "itchy and red to burning and playful." Or how much you would smell. No one wins.