Here's Why Actor Adam Driver Doesn't Want to See 'Star Wars: The Last Jedi,' Even Though He Stars In It | 22 Words 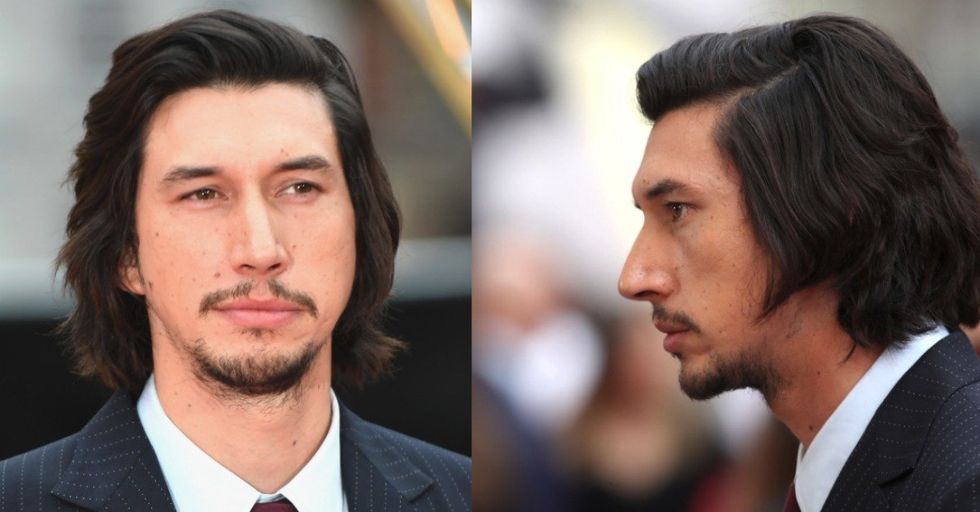 Here's Why Actor Adam Driver Doesn't Want to See 'Star Wars: The Last Jedi,' Even Though He Stars In It

You've seen actor Adam Driver in Girls, This Is Where I Leave You, and Midnight Special. But his most recent and possibly most well-known role has been Kylo Ren in the Star Wars series. And although fans are excited to see him in the next film in the Star Wars saga, Driver isn't sure that he wants to watch the movie.

Star Wars: The Last Jedi comes out on December 15th of this year.

IMDB says that the plot will focus on Rey as she goes on an adventure with Leia, Finn, Poe, and Luke Skywalker. She will be learning about the mysteries of the force and "secrets of the past." It all sounds very mysterious.

We are excited about more Star Wars for a lot of reasons, but one of the main ones are these little creatures that will be in The Last Jedi.

This is a porg. According to Star Wars Wikipedia, also known as Wookieepedia (lol), porgs are a species of sea birds that are native to the island where Luke Skywalker has isolated himself for years. Baby porgs are called "porglets."  A flock of porgs is called a "murder" of porgs.

The little guys already have quite a fan-following.

Porg design was inspired by real-life puffins. Creative designer Pablo Hidalgo said, "…porgs are cute. You fall into those deep, soulful eyes. I think a lot of people are going to want a porg as a pet."

So... why, you ask, would Adam Driver refuse to watch a movie with such cute creatures?

He's not exactly refusing, but he's not sure if he's ready to sit down and watch the film he just finished acting in. He told Esquire that he is "undecided."

Adam comes from a theater background, which means that he isn't used to watching his own work.

He told People that he doesn't like to watch his own work because he'd see, "things that I wished I could change, but I couldn’t because it’s permanent." He talked more about whether or not he would make an exception for the upcoming Star Wars film...

"I can’t just watch it objectively," he told CelebBeat.

"I always hate it and then come back to, like, ‘Okay, that’s fine, it’s not about me. It’s the story." He said that he gets uncomfortable watching his own films because he sees his mistakes.

Driver said that if does end up watching his own work, he can't just watch it one time.

He gets pulled into a cycle of watching it over and over again and analyzing his performance. He told CelebBeat,

I have to watch it five times, you know? The movie is over. It’s on film, so it’s permanent. But if I think about it more, it’s just an obsessive loop I keep playing in my mind that I can’t get caught up in because it’s totally self-destructive and not helpful moving forward.

The actor hadn't watched one of his own films or TV shows since the first episode of Girls, but he made an exception for Star Wars: The Force Awakens.

He said that he felt compelled to watch the last Star Wars film because it was such a big deal and he was so excited to be in it. Driver said that it's the only movie that he sat down and watched with an audience. His wife hadn't seen it, and he hadn't told her any of the details of the plot previous to watching it.

When the opening credits started playing, he panicked and thought that perhaps watching the movie with his loved ones wasn't a good idea.

He told CelebBeat [SPOILER ALERT] that, "Credits started, the whole scroll at the beginning, and they start screaming, ‘Oh my God! It’s happening... And I flash-forward to where I killed Han, and I got really sick, and went really cold, waiting for when it was over."

We guess we'll just have to wait to find out whether Adam conquers his fears again to watch The Last Jedi.

His last performance was perfect in our book! Want to read more about Star Wars: The Last Jedi? Go here for more on Porgs Here for the official trailer And here some celebrity brothers that will be making cameos