Here's Why Bottled Water Is Terrible For You | 22 Words 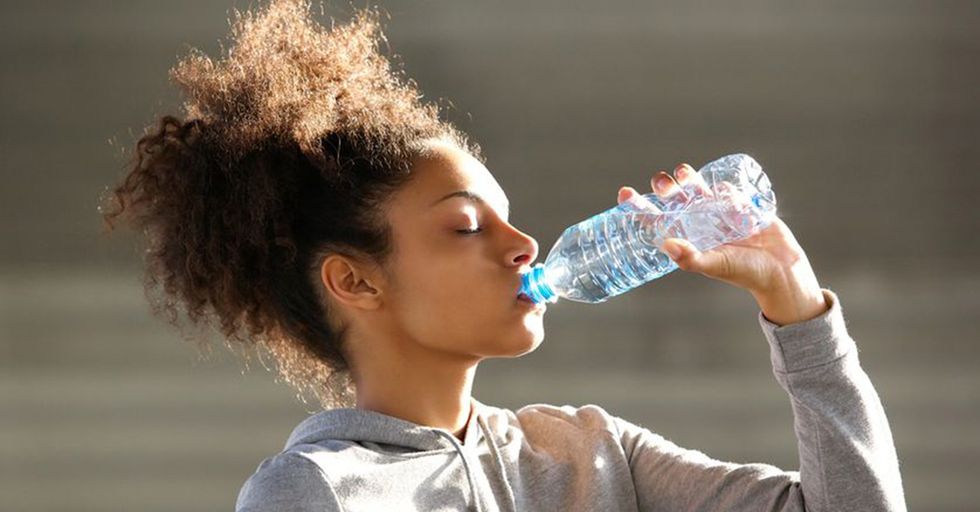 Bottled water's been around for almost 300 years, but it's only in recent years has it become one of the world's most popular beverages.

The drink first rose to fame in the 1800s when cities located near springs would bottle and sell their water as having "magical" properties. That might sound ridiculous, but as you're about to see, companies are STILL making ridiculous claims about how good their bottled water is.

Bottled water consumption is climbing by about 10% every year. This rapid growth mean consumption overall doubles every seven years.

America is far and away the biggest consumer of the stuff.

The average American takes down thirty-nine gallons of bottled water per year.

That's more than the average consumption of milk and beer combined.

Last year, for the first time ever, more bottled water was consumed in the U.S. than soda.

It's changing the beverage landscape, but not always in a good, as you'll see.

We're paying about $1.22 on average to drink a gallon of bottled water. That's 300(!) times more than it costs for tap water.

For years, soda companies have seen this trend coming, so they've been getting in the bottled water game as well.

As a result, what was once considered artisanal and pure is now produced as cheaply as possible, suggesting that maybe bottled water isn't all THAT different than tap water.

A recent study found that half of all bottled water actually comes from a tap.

And in 2007, Aquafina and Pure Life were ordered to state this on their bottles to keep people from being misled.

Believe it or not, tap water's actually tested for purity and safety far more than bottled water is!

To determine if bottled water will be an upgrade or a downgrade from the tapped stuff, check out the annual water quality report for your area.

If you're among the fifteen million American who aren't subject to water quality reports from the EPA, you should do testing on your well water every year.

A staggering 13% of wells on private property don't have safe drinking water.

If you're among those unlucky few, bottled water may be the only practical alternative.

As this chart shows, Americans are once again worried about their drinking water...even if it's safer than ever to drink.

Beverage companies are making the most of this trend with pricey bottled water that makes people feel good, and is plenty convenient, but could actually do more harm than good.

Most people can't tell the difference between the taste of tap water and the bottled stuff.

One test of Boston-area college students found only 30% could identify the tap water in a blind taste test.

Producing, packaging, and transporting bottled water is also far worse for the environment.

In 2007, between thirty and fifty million barrels of oil were used just to make the packaging for the water.

For every liter-bottle of water produced, almost 1.8 liters of water are used in the process.

But the bottles are recycled, right?

Not really. Only one in six bottles ever gets recycled.

So there you go! Bottled water is certainly convenient but that convenience comes at a cost beyond just cash.

It's far more wasteful to produce, and in many instances, it's no better for you or better-tasting than the tap stuff. In fact, it's often worse.