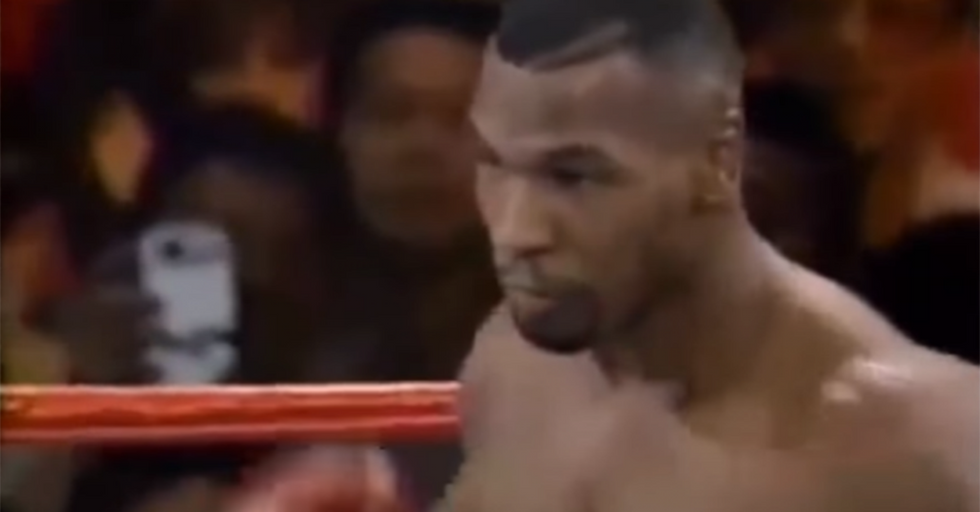 Do you believe in time travel?

Because if you do, this story might be an eye-opening confirmation that your hunches were right all along. The conversation only recently surfaced, but it's got people talking about one glaring detail.

Granted, buying into time travel requires quite a bit of faith on the believers' part, but that doesn't keep people from doing so.

Even if the evidence is there, some people WANT to believe, and that's enough to make them believe even in the absence of evidence. But what if there IS evidence?

Well, one such instance arose, and it's got even non-believers muttering under their breath, "WTF?"

As for how much weight YOU want to give the evidence...well, that's 100% up to you, but even cynics would admit that something fishy is going on here.

So if you're interested, take what you see at face value, but then feel free to extrapolate on your own.

You don't need a physics degree or math degree to put two and two together based on one really head-scratchingly anachronistic photo and wonder if the skeptics are...wrong?

Well, not really, but this will have you questioning a lot of what you THOUGHT you knew about technology and the timeline of innovation as we know it. It all starts, strangely enough, with a boxing match...

If you could travel through time, where would you want to end up? You'd probably have to be a HUGE Mike Tyson fan to pick his 1995 fight against Peter McNeely as your top choice, but many people are insisting that someone did just that.

All because of what the person is doing.

As you can see, the man in the above pic appears to be holding up a smartphone (maybe an iPhone?) in the crowd of the fight.

Now, many things are roughly the same shape as an iPhone, and the video quality here isn't exactly definitive, but considering the timing is off by more than a decade, many people are wondering what's going on.

You don't need a calendar or a list of iPhone release dates to realize that something's amiss here.

We're off by about 25 years or so. There are a number of explanations, but if you're convinced that's a smartphone with a camera (which it sure LOOKS like), then there are far fewer explanations.

And some are just insisting that this guy's an iPhone owner who traveled in time to...film an uneventful Mike Tyson fight that was already filmed?

As you would expect, the Internet's got some opinions on the matter.

Ok, so the theory that this guy traveled through time isn't exactly bulletproof, but it's plenty interesting, and definitely good for a laugh.

Many are saying that top-of-the-line camcorders at the time were similarly shaped, and it's not unreasonable to think that a fan with enough cash to sit ringside might be sporting one of those cameras as well.

This makes you think, though, about how many sporting events you've attended in which you've been completely surrounded by fans from the future. Keep your eyes peeled next time, and maybe you'll get a first look at the new iPhone 67.

One of those theories is certainly more fun than the other...