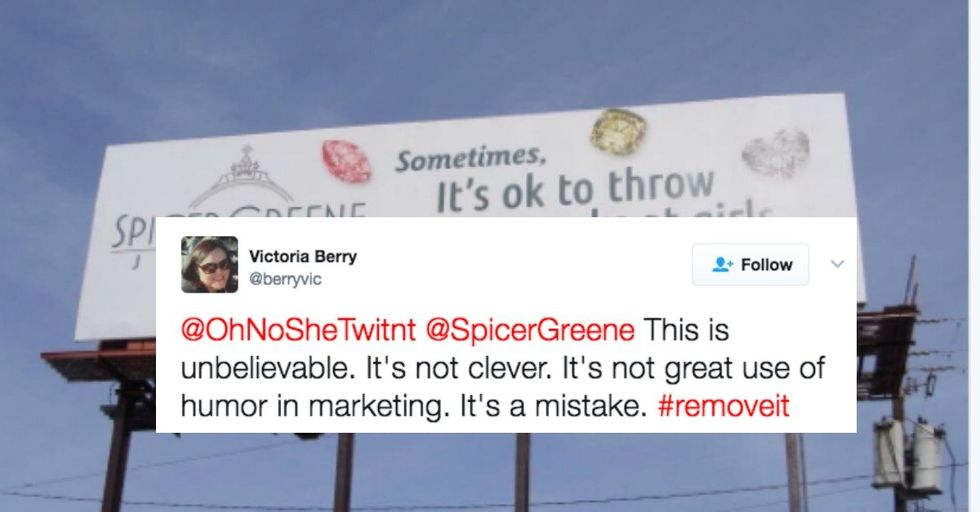 Here's Why People Are REALLY Ticked Off Over This Jewelry Billboard

The point of advertising is to get people to talk about your product — and hopefully buy it — but is all publicity good publicity?

That's the question facing jeweler Spicer Greene in Asheville, North Carolina, who is getting backlash after a photo of its ad was posted on Twitter.

The controversy is that people say the billboard is ironically embracing violent misogyny.

Others thought people were being too sensitive.

Which was quickly met with a reply.

And then a little more mansplaining.

Given the backlash, Spicer Greene sent out two apologies, starting with one on Twitter.

But that wasn't enough for everyone.

Again, not everyone thought there was a problem in the first place.

While others demanded more than an apology.

No word on if they're going to take the ad down or not. What do you think about the ad?