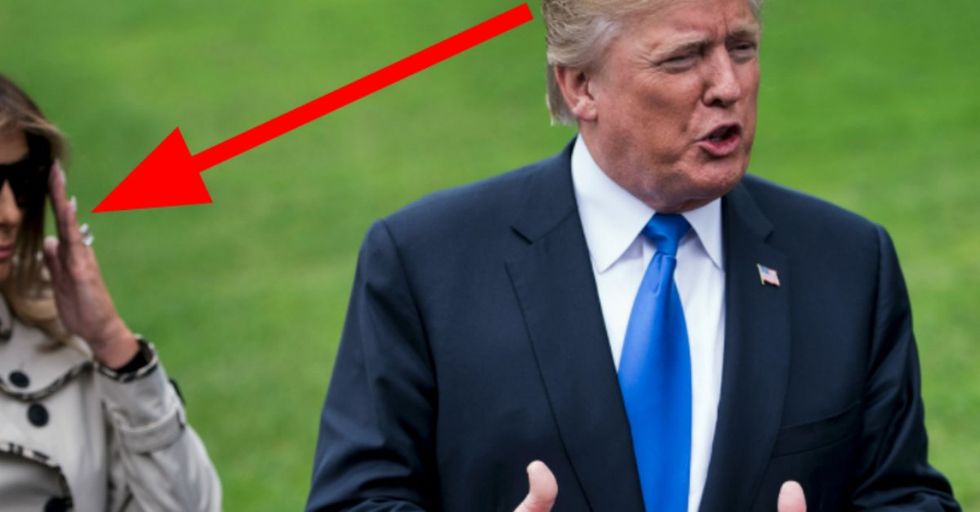 Everyone loves a good conspiracy theory. And we know the Internet loves a good Melania Trump story, too. As luck would have it, today we get to combine the two!

People on the Internet are convinced that Donald Trump had a decoy wife during a speech yesterday. Once you see the pictures, you might start to wonder, too.

Her video features a slow zoom-in on the person standing next to Donald Trump as he gives a speech. According to Trump, that person is his wife Melania. Barton has some suspicions, though. It's also weird that Trump says, "my wife, Melania, who happens to be right here..." Why would he announce that? Unless...

We're not trying to stir anything up here, but you have to admit that Melania does look startlingly different in these two pictures.

Maybe this whole thing will provide some insight into this other bizarre Trump statement.

"Melania really wanted to be with us," Trump said, while Melania was literally right next to him. OR WAS SHE?

Regardless of who was actually standing next to Trump during that speech, the Internet has had a field day with the conspiracy theory.

Of course it has. It's the Internet. If there's even a slight chance that the Internet could have a field day about something, it is going to have that field day.

Look, that video is probably just a video of Donald Trump and his wife Melania.

But isn't it more fun to entertain the possibility — even for a second — that maybe it wasn't? Live a little.