In other words, even if it feels a bit unnatural, this little change in your daily routine could save a life! | 22 Words 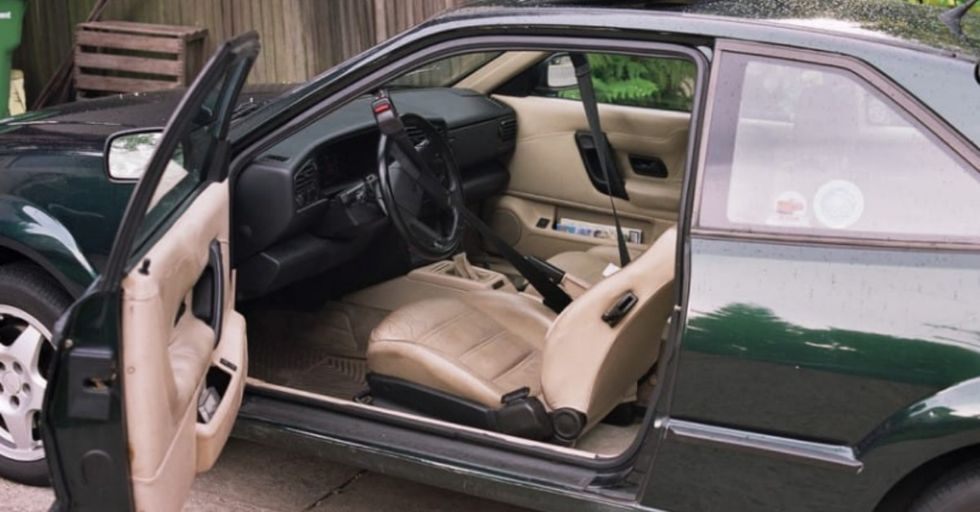 The Dutch are bringing a new aspect of car safety to the world's attention by explaining that you should always use your right hand to open your driver's side door.

Bike culture is an integral part of life in Amsterdam and other cities in the Netherlands.

Thanks to biking's popularity, the Dutch also lay claim to some of the world's best bike lanes and bike laws.

One of their most well-known rules is known as the “Dutch reach," due to how famous it's become.

It feels most instinctual to open the driver's side door with your left hand when you exit your vehicle, but Dutch citizens use the counterintuitive right hand to prevent multiple problems.

For one thing, car doors opening suddenly can lead to scratching or denting the car next to yours.

But cosmetic damage aside, the biggest threat car doors pose is to bicyclists.

Bike accidents in which the cyclist runs into an open car door happen so frequently that they now have a name: "Dooring."

It's been estimated that dooring accounts for roughly one-fifth of all bicycle accidents. Generally, this happens when a cyclist is speeding along in a bike lane, and someone in a parked car opens their car door unexpectedly.

The driver doesn't see the biker, and the biker doesn't have enough time to react or change course. Sadly, this phenomenon has been responsible for at least 25 known deaths.

So what's the deal with the left hand, you may ask?

If you use your left hand to push your car door open, it's easy to continue facing forward and not notice a potentially dangerous situation behind you.

But if you use your right hand to open the door, you make yourself turn your whole upper body to face the rear.

This way, you're physically reminded to check your surroundings for any potential problems.

Not a bad idea, right?

Even without making a point to look, the action in itself should make you aware of everyone around you.

This means that not only will you avoid clotheslining a cyclist, you'll also be able to avoid run-ins with pedestrians or scrapes with other cars.

This "new" method of opening your car door has been dubbed "the Dutch reach."

No, the Dutch reach. Get your mind out of the gutter.

When most Dutch streets look like this, there is a good reason for using the Dutch reach.

The movement has been gaining quite a bit of traction in England.

And it's pretty easy to see why. It's such a simple thing that can have huge benefits for cyclists and drivers alike.

The UK is moving to try and teach the Dutch reach in driving classes.

The Dutch reach could be commonplace in 15 years, who knows?

Picture if you will...

A cyclist speeding by at 20 mph, when literally out of nowhere a car door comes flying open. There's no time to react for the cyclist.

That's why people are trying to get the Dutch reach so deeply ingrained into everyone's head.

Especially if you live in a bigger city with a lot of traffic and pedestrian traffic.

In other words, even if it feels a bit unnatural, this little change in your daily routine could save a life!

So practice your Dutch reach!