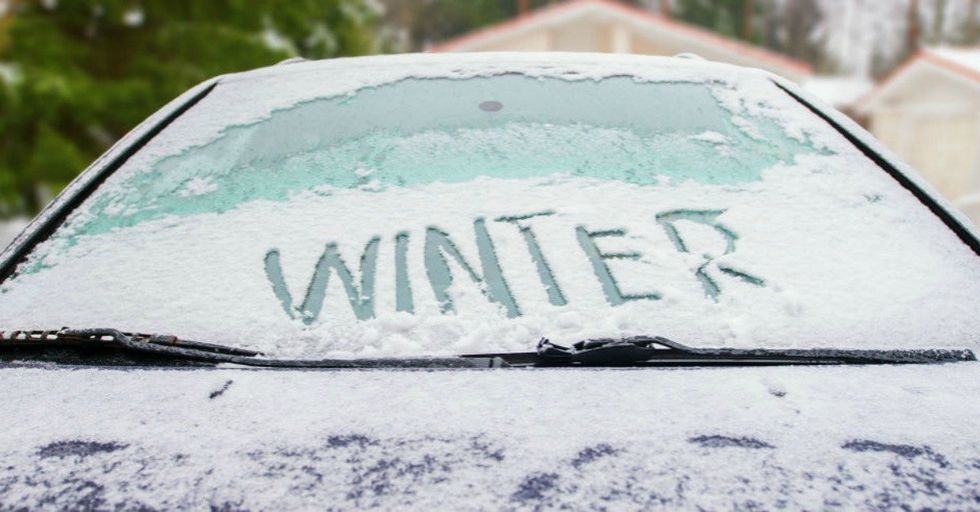 Here's Why You Shouldn't Warm Up Your Car During Winter

I live in Michigan where it's currently 12 degrees, which means that remote car starter is as valuable to me as the Hope diamond (although thankfully, much more affordable).

Getting into a freezing car is the worst, and it always feel like as soon as it starts to warm up in there, it’s time to get out.

(And there's no greater moment of panic and then relief when you realize that you accidentally hit the seat warmer and didn't, in fact, wet your pants.)

With that said, it turns out that not only do you not have to warm up your car, but you probably shouldn't do it at all.

Umm...what? It turns out that doing so can actually cause some serious problems, ones that aren't related to your cold, bony fingers white-knuckling a frozen steering wheel.

How Did the Myth Begin?

This myth that most engines need time to warm up dates back to when cars had carburetors. If you didn’t warm up the car, they could stall out — bummer, especially in the winter. But now we have fancy computerized fuel-injection systems that adjust themselves to outside temperature.

Sorry to break it to you, but warming up your car does not prolong the life of your engine. It is actually doing the opposite by stripping oil away from the engine’s cylinders and pistons. (I wish I could say that's why I do it, but nope, it's because I'm cold.)

Let's Start at the Beginning

We're about to get technical here, so buckle up for a minute. Internal combustion engines work by using pistons to compress air and vaporized fuel within a cylinder. The compressed mixture is then ignited and creates a combustion event, a small and controlled explosion that powers the engine of the car.

When Your Engine Is Cold

According to Popularmechanics.com, “When the engine is cold, gasoline is less likely to evaporate and create the correct ratio of air and vaporized fuel for combustion. Engines with electronic fuel injection have sensors that compensate for the cold by pumping more gasoline into the mixture. The engine continues to run rich in this way until it heats up to about 40 degrees."

So your car is already warming up, and then you're trying to make it warm up even more and it is just making your car work harder than it has to. No one wants to work harder than they have to, especially when it's cold out. Or hot out. Basically at any point in time.

Stephen Ciatti, a mechanical engineer who specializes in combustion engines at the Argonne National Laboratory, said that warming up the car is a "problem because you're actually putting extra fuel into the combustion chamber to make it burn and some of it can get onto the cylinder walls. Gasoline is an outstanding solvent and it can actually wash oil off the walls if you run it in those cold, idle conditions for an extended period of time." He sounds like he knows what he's doing.

The Effects of the Excess Gasoline

If the gasoline is washing away the lubricating oils for piston rings and cylinder liners, you are reducing their life expectancy significantly. You are also just wasting fuel by running your car for longer than you need to. And gas isn't cheap, you guys.

How To Warm It Up

So what should you do, other than move to a tropical climate? It’s simple. The best way to warm up your car to 40 degrees is by driving it. Driving it will help switch it back to a normal fuel-to-air ratio. So the best way to start your drive during the winter months is to start the car, scrape some ice of your front window and hit the road.

For the Older Cars

If you are cruising old school and you have a car with a carbureted engine, than by all means warm that baby up before you take it on the road. For everyone else, jump in and go, although it is best to take it easy for the first 5-15 minutes of your drive so you don’t put too much unnecessary stress on the engine.