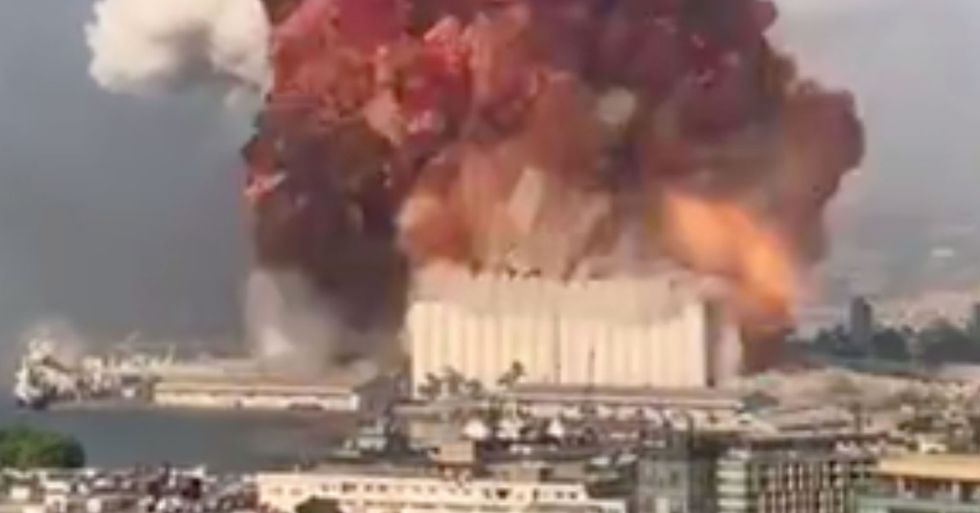 As more and more images emerge of the devastating explosion in Beruit, Lebanon - one stood out from the rest.

A picture capturing a nurse saving the lives of 3 newborn babies has seen her hailed a hero by hundreds online.

Read on for the devasting pictures of the blast, and for more on the nurse's heroic act...

As more and more images emerged...

There was one that stood out from the rest.

A hospital nurse has been hailed a hero after being photographed holding 3 newborn babies, keeping them safe from the explosion.

The nurse in the picture hasn't been identified, but the image has since been shared thousands of times.

"Sixteen years of press photography and lots of wars. I can say I didn’t see what I saw today in Ashrafia area," he wrote.

"Especially in front of the rum hospital and this ‘heroine’ caught me inside the hospital and was accelerating to call despite the suspension of communication holding 3 newborn babies and surrounded by dozens of bodies and wounded."

This is a developing story and will be updated accordingly.