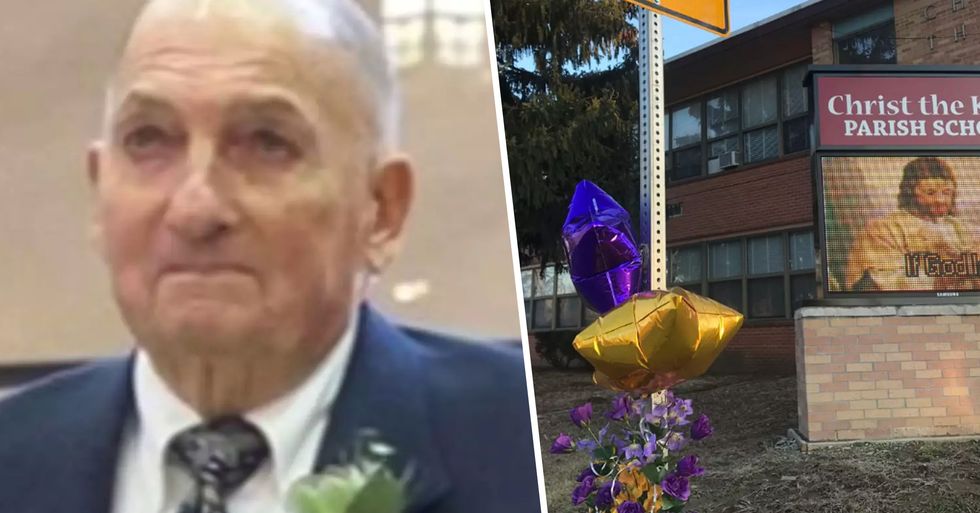 The tragic news has just come in that an eighty-eight-year-old school crossing guard has passed away after saving 2 children from a speeding car.

Keep scrolling for more information on this devastating story...

Bob Nill, who was eighty-eight, worked as a school crossing guard for many years...

The former sports coach, who was from Kansas City, had many years of experience working with children on his belt and he took a lot of pride in his work.

After his wife passed away a few years ago...

He was left feeling lonely, so he applied for the job as a crossing guard at Christ the King Catholic School after he retired.

He devoted his life to children...

His only son, Bart, told the Washington Post, "It was the neatest thing in the world. It got him back on a schedule again, he got to sleep when he was supposed to - but it also allowed him to spend time with children again, because Dad, he just loved kids. You could sense that."

But tragedy struck on Tuesday morning of this week...

Bob was out doing his usual morning shift when a speeding car didn't see his red crossing sign.

2 young boys were about to cross the road...

But thinking quickly, Bob held the youngsters back and pushed them away from the speeding car.

The car drove straight into Bob...

The 2 young boys ran to school in floods of tears, with the principal of the school coming out to discover his body in the middle of the road.

Bob shortly after passed away from his injuries...

And the red crossing sign was found thrown 20ft away from his body, showing that Bob was doing his job correctly and heroically.

Bob's death has hailed him "a hero" in the community...

And Christ the King school also issued a statement to parents asking them "to know that Mr. Nill is a hero."

He has saved 2 young and innocent lives...

The city's Mayor, David Alvey, also thanked Bob on behalf of residents for his "selfless sacrifice" in protecting the children.

The driver who struck Bob is yet to be named...

But it has been confirmed that he wasn't intoxicated and he stopped at the scene.

Police spokesperson Jonathon Westbrook suggested that distracted driving was most likely to be the cause of the crash, but he could not confirm if the driver was speeding.

The driver was mildly injured in the collision...

According to CBS News, police said the driver had also been transported to the hospital with injuries and the investigation was ongoing.

The entire community has gone into mourning...

One local woman told ABC7 said her "heart just dropped" when she heard of the crash.

"This was something I think he felt like he could help children and help himself feel good about what he was doing," he told ABC7.

"What my Uncle Bob did for just getting little kids across the street seemed probably trivial to some people, but for him, it was a really important job, and now, we really know how important it was. He maybe saved some lives."

Our thoughts and condolences go out to Bob's family and friends during this tragic time.