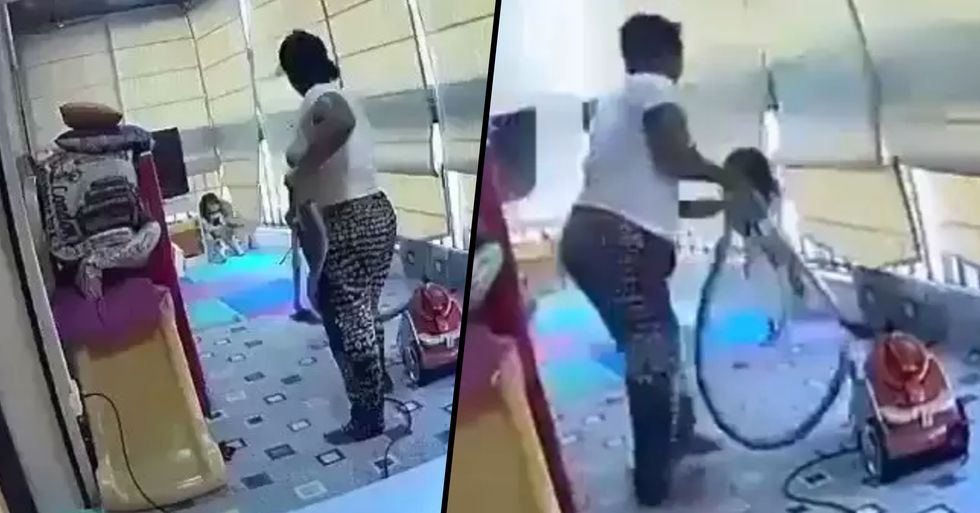 But even through such dark times, there is light as heartwarming stories surface amongst the carnage...

A massive explosion has absolutely devastated the city of Beruit.

And just a day later it was been confirmed that the blast was caused by ammonium nitrate.

Lebanon's Prime Minister, Hassan Diab has confirmed that the explosion was the result of 2,700 tonnes of ammonium nitrate, that was stored in a warehouse.

And footage of the blast as well as the devastating after-effects are being uploaded online.

They have been pretty difficult to watch due to the graphic nature of them all. But the most recent one to surface shows that the city still has hope... Keep scrolling to see it.

Other videos have also shown us how scary the incident was.

A video has been posted online showing that there is still some hope in the region.

Footage shows a crowd of people, including a rescue team, cheering as they pull a man from the rubble.

His body is completely covered with dust as he is put onto a stretcher.

There is an ambulance nearby, waiting for him as he is hauled away amongst a joyous crowd.

And hundreds of comments under it.

And this user commented this:

Which translates to "welcome to be back", a phrase used when someone has recovered from illness or an accident.

And another story of a miraculous act of bravery has inspired hope in the hearts of many.

In some CCTV footage shared on Twitter, a cleaner is seen hoovering while a child sits nearby.

But suddenly, a blast shakes the building.

And without thinking twice...

The cleaner scoops up the child and runs to safety.

It's likely this quick thinking could have saved a life.

And is proof that heroes can be anywhere.

Everyone is sharing videos of today's deadly #BeirutBlast. Here's something else. This is the exact moment a maid… https://t.co/zuw9gfEYcF
— Muhammad Lila (@Muhammad Lila)1596585256.0

Our thoughts and prayers are with everyone affected by this horrific incident. If you can help out with anything, donations to the Lebanese Red Cross charity would go a long way.