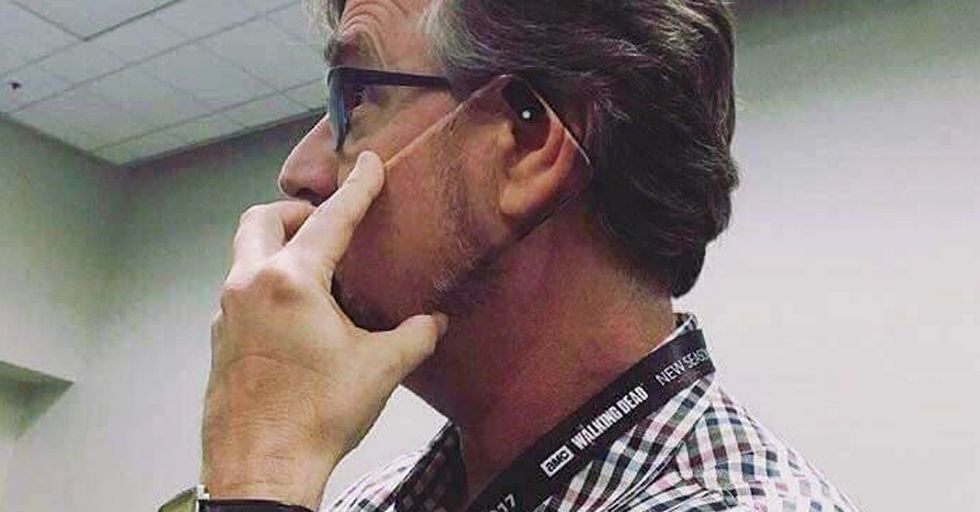 You may think you've seen it all.

I'm here to tell you that that is probably not the case.

I've taken the liberty of rounding up some pictures you've probably never seen before.

They're hilariously bizarre, bizarrely hilarious, and are guaranteed to make you wonder what exactly is going on. Get ready for some real head-scratchers.

Exhibit A: This group of Waluigis playing saxophones.

And Shrek is also there. Because of course, he is. It'd make too much sense otherwise.

When I first saw this picture, I was delighted. I love donuts! Then I was horrified. And now I'm oddly intrigued.

If you squint your eyes a little, the phone case becomes nearly invisible! This is a great way to hide your phone usage in plain sight if that's something you're trying to do.

On the bright side, that little guy will never go belly-up and disappoint you. He also won't do much else, though. This next picture will bring you back to your school days.

It's always nice to see evidence of teachers having fantastic senses of humor. Even better if said evidence is captured for eternity in the yearbook.

This picture honestly horrified me at first glance. Now, I kind of can't get enough of it.

This is what we call a food crime. I'm calling the authorities.

WRONG. Check out the little mirror in the lower left-hand corner.

I don't want to steal your bike. I just want to know how you got it here in the first place! This next picture features something you probably had in your room when you were a kid.

Which way to the park?

All this time you've just been walking all over these maps! They have another function!

Some people like to thank their parents and teachers for their support as they faced the challenges of schooling. This person knows the true hero, though. It's pizza.

I can't look away.

I don't have a lot to say about this image other than I like basically everything about it and I kinda can't stop looking at it.

Hey, who ordered the iced CATppuccino? Get it? It's a cat!

These toys are getting impressive.

This is the most realistic figuring I've ever seen in my life! Somebody should try putting him under their chef's hat. Just see what happens. This next picture is guaranteed to bring a smile to your face. Especially if you like dogs!

Did you get my good side? Oh, who am I kidding? All my sides are good.

Look at these socks I got to honor my cat!

You may have ordered these socks as a way to profess your love of your pet. But it's actually going to terrify them, instead.

Check out my pet tuna! I never have to feed them! They don't do many tricks, though.

These pots are very happy to see you.

Either that or they're planning your demise. It could go either way, honestly.

This is either a panoramic photo gone terribly wrong or a very, very odd cat. Share this with someone who enjoys absurd Internet finds!