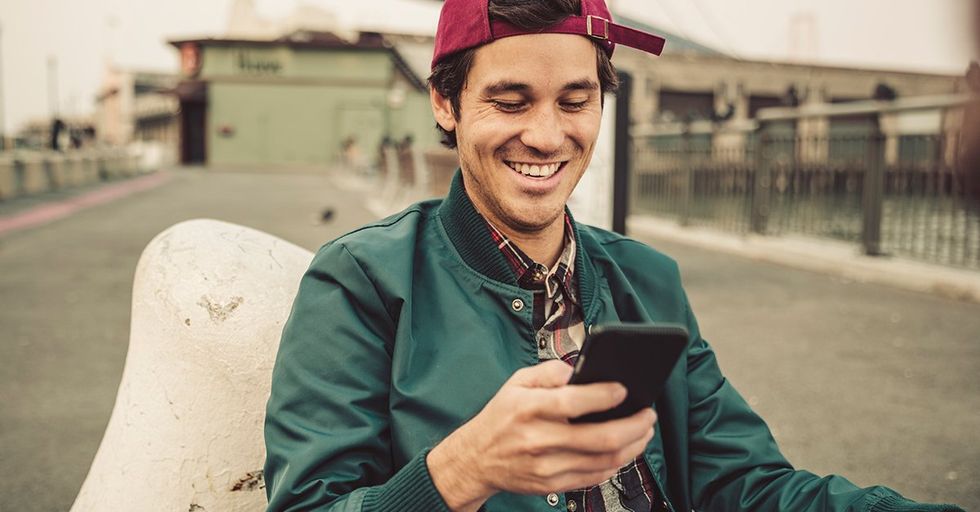 I'm gonna be honest with you. I don't really "get" Tumblr. I have tried to navigate the site several times in my life before eventually giving up and deciding that I am simply too old to Tumblr.

But every time I see a funny Tumblr post shared on some other part of the Internet, I regret that decision a tiny bit. Tumblr seems like a great place to find a bunch of funny stuff! Granted, it also seems like it could maybe be a place to find a bunch of questionable stuff, but hey. It's the Internet. You can find questionable stuff in pretty much every corner of it.

Anyway, if you also enjoy reading funny Tumblr posts but have an aversion to Tumblr itself, you're in luck! I've gathered a bunch of funny posts in one easily scrollable list. Ready to read 'em? OK! Let's do it!

Sometimes I remember that used to use Papyrus on papers that I actually handed in in high school.

And then I am filled with regret.

There's only one explanation.

It's hard to say which is more accurate. Just kidding. It's not.

Then, go into tens of thousands of dollars in debt in the hopes that your interests at age 18 will stay with you and provide you with enough money to afford a decent living for the next 40+ years of your life! Easy peasy.

This person is a genius.

What are we waiting for?

Is there a petition I can sign to make this a reality?

You can't explain that.

Don't bring your science logic into this.

Every white man you see could be a member of Imagine Dragons and you would have absolutely no way of knowing it.

Let that sink in.

On the one hand, this is honestly kind of terrifying.

But at least there's kind of a happy ending.

My siblings and I had several of these art sets growing up.

Strangely enough, none of us became artists.

I have to assume that these kids pull this move several times a day.

I feel like not enough people have a good bookmark collection these days.

I can't explain it, but I have the sudden urge to go to the nearest Arby's.

Having someone's being implanted in the back of your head affords you a certain level of familiarity.

If ol' Voldy wasn't ready for that, he should have chosen another subject.

I've also found success referring to every gaming console as a "Playbox."

In online video games, the only thing rarer than a female gamer is a prepubescent boy who doesn't claim to have had any contact with your mother.

This is the Internet.

I'm sure there are beekeepers out there who wear a bee costume.

If you're going to make claims like this, you need to be prepared to cite your sources.

I appreciate this person's dedication to the truth.

If you're looking for a new religion, this is the only one I can recommend wholeheartedly.

On the other hand, I've read plenty of old sci-fi books where characters still rely on, like, landline telephones to communicate.

So maybe we're not doing too bad.

Anyone who has worked in food service knows just how true that last reply is.

Still, don't you kind of want to try a gigantic fry?

In the (slightly paraphrased) words of Kevin from The Office, why waste time learn lot spell when one spell do trick?

Is anyone else suddenly craving a hot, fresh paper towel?

I would pay good money for a paper towel right now. Panini levels of money.

Shout out to the little dogs : tumblr from tumblr

I have a small dog.

I can confirm the last part.

Find yourself a vet.

I have just realized that I need to befriend way more vets in my life.

They may be my only chance at survival.

When I first read this, I was like, "There's Norway that's true!"

Brenda is my kind of goat.

She is exactly what I would be like as a goat.

"Help yourself to anything in the fridge! Make yourself at home!"

I had never really considered this before, but I now have a newfound respect for Halloween.

Talk about a legacy.

It's possible to be remembered forever.

You may just have to break a couple of rules first.

These two are best friends.

I refuse to believe anything else.

I vote we have a late-night meeting to change this. How about tonight?

Share this with someone who could use a laugh today!