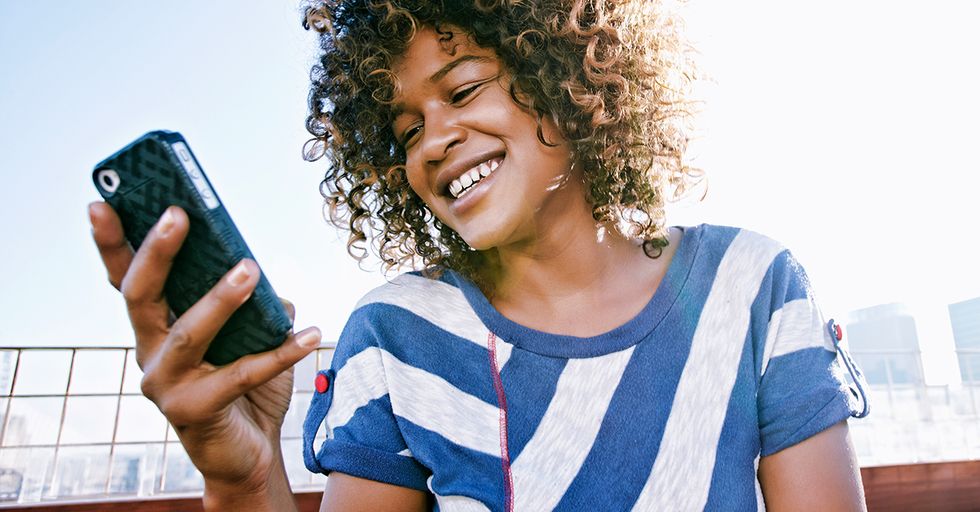 40 Hilarious Tweets With Over 100K Likes For A Good Reason

These tweets became extremely popular and for good reason.

They will make you laugh, cry, cringe, and wince in the best way possible.

Don't you just love when adults try to pass judgment on your decisions?! It's so fun!

This is my jam entirely. A 100% silent Uber driver is the best kind of Uber driver. Sincerely, A person who is very bad at small talk.

Do all moms suffer from short-term memory loss? Because this is exactly what my mom does too. It's insane.

This revelation is too much to handle. I have to go lie down now.

This is so accurate. I will not make plans with you, but if you don't invite me to make plans, I will hold it against you.

"Oh, was that a rhetorical question? Oh, well, I mean, you asked, so I'm going to tell you. Things are not good. At all."

This is a dad joke at its finest, and the fact that mom was in on it too just makes it even better.

I wish more of my college professors would have canceled classes because they were tired. Especially the ones at 8 a.m.

Sure, it was a big deal that they shot the music video in the Louvre, but who was it a big deal for? The Mona Lisa doesn't show it in her face, but she was super starstruck.

I feel like it takes more skill to sing the ABCs out of order? Like, how do you do it? I'm very impressed by that little baby.

This is hilarious. You know that dog gets way better birthday parties than this girl ever got growing up.

Seriously, is this real? Because I got enough stress to power at least my whole house for years.

How adorable is this little kitten that hid in a shoe box and scared the crap out of her brand new human family for an entire hour?

Man, everyone knows what this feels like, being a hole-filled sponge standing in their underwear wondering what to wear to complement your boxy figure.

Well if this isn't just the realest tweet out there. Sidenote: How do all those Instagram people travel all the time and have no job? Tell me their secrets.

OK, I know this tiny dog is on a train but how does it look like her ears are flapping in the wind? This is the greatest photo ever taken.

I relate very much to this picture of an otter and this sentiment. Luckily for people who want space but also attention, there's Twitter.

Honestly, everyone should do this when they get a dog. You and your brand new furry family member deserve it.

This is incredible. It's so clearly a dog's face in that piece of wood. Call me crazy but is that dog...Jesus?

It's really rude when the alarm goes off every five minutes in the morning, even if you set it like that because past you knew you'd never wake up to the first alarm.

Yeah, we're not smart. But also, this mattress domino line is pretty cool.

OK, but I would actually 100 percent watch every single one of these with glee. Especially the Tokyo Drift edition.

Look, it's a very cute seal, and I would be honored to be mistaken for it any day of the week. Though it does have a few more whiskers than I do.

The difference is that when you wake up like that, you spin it around before you go out in public. This guy just flaunts it.

The Grinch isn't the real villain, people. It's people. I relate to the Grinch on a very basic level.

Grandpa's such a bully! Imagine how cutthroat he is when you're actually playing bingo with him. That's probably not fun at all!

This is too funny. It's so true that kids today seem way more grown up than I ever did at their age. More grown-up than I am right now, in fact!

Awwwwww. This is adorable. This is the kind of love that I want in my life.

Let's get this straight: If this creature were to approach me in the wild, I would faint on the spot. This is terrifying.

The world is in such dire shape that there's not even room for us to scream into the void! AHHHHHH — oh wait, I can't even do that!

Remember how we thought 2016 was the worst year ever? And then 2017 happened? And then 2018 started and it's gotten even worse?

This dog's hair looks like it's straight out of a shampoo commercial. It's so luxurious, and it's not at all fair.

This is totally what the year is feeling like, but also this week feels like it's taken an eternity, so I don't even know anymore! Time is a construct!

I would call Ubers so much more if I knew that there would be a dog in the car to greet me every time I got in. That's the best.

This is truly so brilliant that you have to respect it. This person has officially won Twitter. Where are the trophies?

Oh man, I wish I lived with a ghost, but I never thought of the possibility of making the ghost pay rent! That would be totally worth the haunting.

I see what you're doing Prince Harry and Meghan Markle. It's smart, and honestly, you can have the country. We clearly don't know how to handle the responsibility.

This is really funny but also, man, tell the woman she has lettuce on her head! Be a good dude.

Last but not least

This is the best video that exists on the Internet. You're welcome. Share this with someone who could use a laugh!