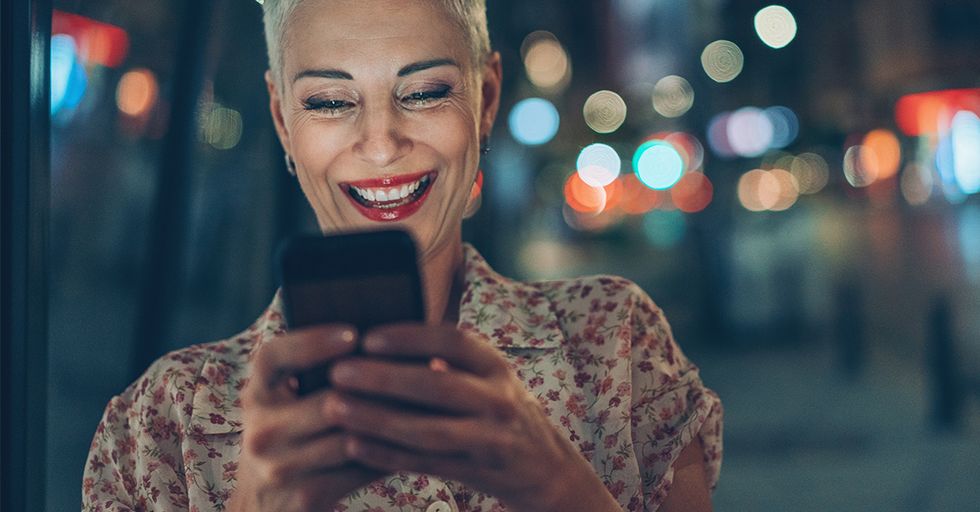 29 Tweets That Are Honestly Just a Real Rollercoaster

Everyone loves a twist ending. That's why we're still going to M. Night Shyamalan's movies after all these years. Who could forget the shock of finding out that (Sixth Sense spoiler!) Bruce Willis was dead the whole time?! Now we've gotten to the point where if a movie doesn't have a twist ending, it's honestly a little disappointing.

It's completely natural for humans to have certain expectations, but you can never assume everything's going to go the way you think it will. Expectations and reality are often complete strangers. Sometimes that can be horrifying. Other times, it can be downright hilarious. (And yes, sometimes it's a mixture of the two).

In my opinion, some of the best jokes around are ones with twist endings that you don't see coming. You can't help but laugh through your shock.

And so, I found a bunch of them on Twitter!

Get ready to be both surprised and delighted.

Or maybe you'll hate these stories, who knows?! That'd be a real twist.

I hate to break it to you, friend, but it seems like things are going to get a whole lot worse before they get better.

If you ask a silly question, you get a silly answer. What did the doctor expect?

I'm sure that came as a bit of a blow to the children. I'm guessing they're probably not too crazy about their parents, either.

OK, so, obviously, that's not what the wife meant. But it would solve the problem, would it not?

Hey, Netflix has hundreds of fascinating educational programs that will teach your daughter pretty much everything she needs to know. What have you done for her?

What the heck?! This one was quite the rollercoaster!

After he answers that question, we should ask him: COULDYE? And if so, WOULDYE?

Man next to me on the subway fell asleep and his head dropped onto my shoulder for a sec and anyway I have a husband now
— Karen Chee (@Karen Chee)1538442948.0

Yep! That's how marriage works. I hope you two are very happy together.

And that's the story of how I got fired from my job. The end.

Can I get your autograph?

What Hurts the Most is that you wouldn't immediately believe that Rascal Flatts was the cosigner.

Before leaving my house I like to ask myself important questions like, “Is this worth putting pants on for?”
— Mommy Owl (@Mommy Owl)1537742882.0

I'm gonna save you some time here. Usually, it's not worth it.

This wedding is lit

I accidentally butt dialed 911 at a wedding last night, but then I was like actually these dance moves are on FIRE… https://t.co/CvKqgcEesX
— Kelly Hannon (@Kelly Hannon)1537725987.0

That's an excellent save, right there. There's no way this could possibly go wrong.

Now that you mention it, a lot of things can really change a sentence. Like, pretty much any word, actually.

Every person just wants to hear those three little words: Take a nap.

I did not see this one coming

wife & I started scheduling date night between midnight & 7am, we just sleep the whole time, but at least we’re doing something together
— Grant Tanaka (@Grant Tanaka)1533951642.0

Anyone who says you can't go on a sleep date is someone you don't want to date. Trust me on this one.

At least you had to work in order to get the money to pay for your night out. And don't forget, you still have to pay the babysitter.

I guess that depends on whether the doctor already met with the confident optometrist from a few slides back.

Still, it's nice that you asked. People always forget about the stairs!

At least your legacy would live forever. Or you'd be forgotten to the annals of history. Either way.

Should we tell her? Nah. Let's just let her have this for now.

These kids are wise beyond their years. They've already realized that life is pretty much just one big escape room.

On the one hand, you're probably safe from identity theft. On the other hand, I'm not sure you legally have an identity anymore.

I imagine that being a Lyft driver comes with all kinds of annoyances and inconveniences. So I applaud his ingenuity.

Coincidence? Uh, sure. Yeah, let's go with that.

You said it, my dude. Share this with someone who loves a good twist ending!