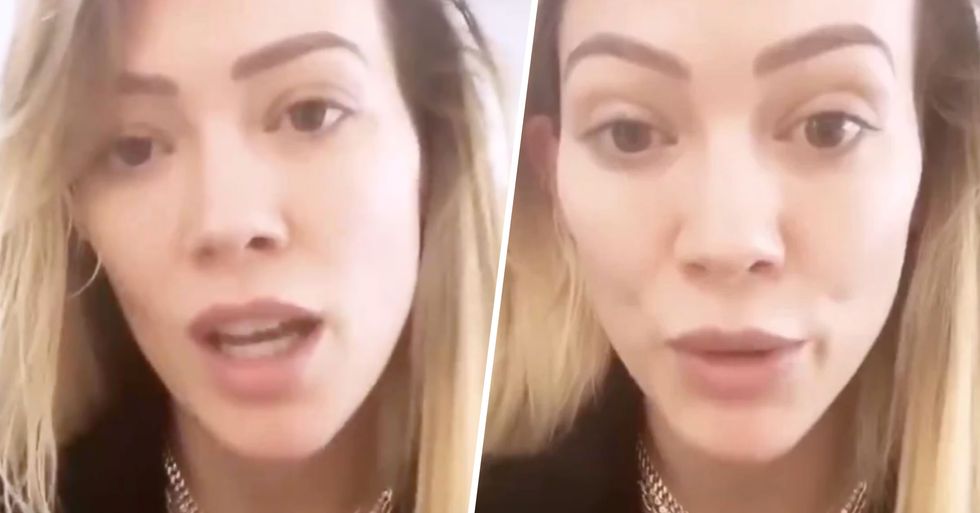 As the coronavirus continues to cause destruction on a mass scale, more and more people are trying to raise awareness about the issue and how to protect yourself, including several famous faces.

Hilary Duff is the latest A-lister to speak up on the issues, although, she took rather a different approach...

Keep scrolling to see the clip for yourself.

It has been confirmed by Worldometer that 7,182 people have now died globally, with the majority being in mainland China. A further 184,037 have been found to carry the virus and be infected.

So far, over 4,000 people have been confirmed to have been infected with the virus, and seventy-one have reportedly died.

Many people are using their platform to give us helpful advice...

And it seems Hilary Duff is the latest to speak out on the issue...

The star is currently isolating herself and her family amid the outbreak.

And it seems she has a strong message for all the "millennial a**holes" out there...

She took to her Instagram story to slam those who aren't self-isolating. Keep scrolling for the clip.

And she certainly wasn't holding back...

"To all you young millennial a**holes who keep going out and partying, go home," she said in her Instagram story.

The star is referring to the huge crowds of people spotted at restaurants and bars across the states last weekend, despite advice to stay at home.

Experts have been strongly urging people to practice "social distancing" and to self-isolate if symptoms present themselves. Especially since some people may be carrying the virus and spread it to at-risk groups.

You tell 'em, Hilary! The virus has also been having a huge impact on the movie and TV industry. Keep scrolling to check out every film and TV show that has been canceled or delayed due to coronavirus… Is your fave on the list?