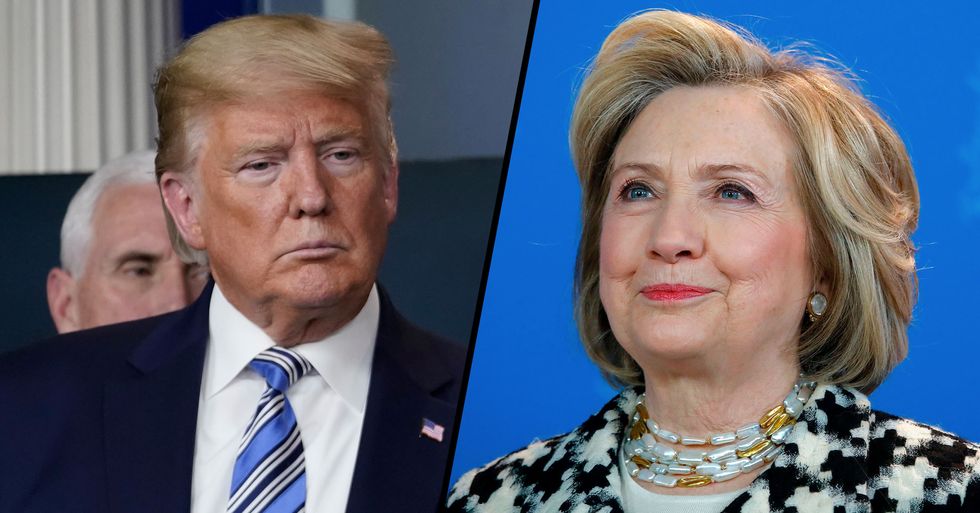 It's safe to say Hillary Clinton has never been the biggest Trump fan. But as his response to the novel coronavirus Covid-19 appears to become more and more bungled, she did not hold back on Twitter ...

Hillary has never been one to pull punches ...

But as Trump offers more and more poor medical advice during the coronavirus pandemic, she might have excelled herself.

But, just hours after the announcement...

News has broken that, while attempting to treat coronavirus,  an Arizona man in his sixties has died after self-medicating with a different version of the drug - chloroquine phosphate. Chloroquine Phosphate is used to clean fish tanks.

He was then admitted to a nearby Banner Health hospital, where he died. "Given the uncertainty around COVID-19, we understand that people are trying to find new ways to prevent or treat this virus, but self-medicating is not the way to do so," Dr. Daniel Brooks of Banner Health, said in a statement. "The last thing that we want right now is to inundate our emergency departments with patients who believe they found a vague and risky solution that could potentially jeopardize their health."

She is currently in a critical condition in hospital.

And Hillary took to Twitter with an absolutely incredible response.

Please do not take medical advice from a man who looked directly at a solar eclipse.
— Hillary Clinton (@Hillary Clinton)1585065792.0

Yeah, we wouldn't trust this guy, either.

Stay safe out there - and please do listen to medical professionals! Want more coronavirus content? Scroll on for the shocking difference between the pandemic experience for celebrities vs normal people ...