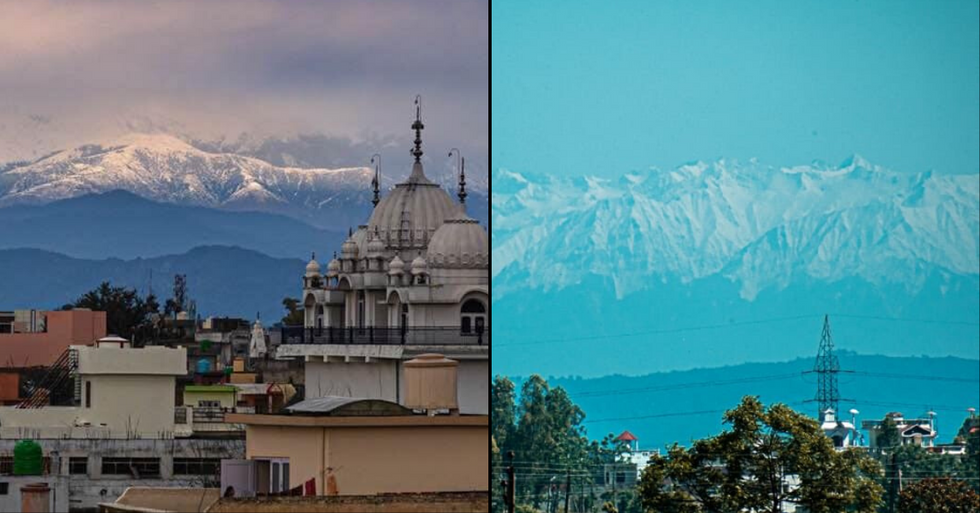 Himalayas Seen for the First Time in Decades After Pollution Drop

It is unbelievable to say, but the global pandemic has had an undeniable effect on our planet... in a good way. Human impact has been outlined more than ever since lockdowns all over the world have been implemented, and Mother Nature has well and truly been thriving.

Keep scrolling to see the unbelievable pictures of the Himalayas becoming visible for the first time in decades, and the other silver linings the lockdowns have brought about.

Humans have been cooped up inside since the deadly virus brought our world to a standstill.

Thousands have now died from the virus and the spread of it doesn't seem to be slowing down any time soon.

Lockdowns have been implemented all around the world...

Including Italy, Spain, the United Kingdom, and many parts of the United States.

Wuhan is where the coronavirus initially started, and since the city's lockdown back in January, nitrogen dioxide levels have dropped drastically.

Perhaps the most remarkable thing?

Northern India have been left in complete awe by their new view. The snow-capped Himalayas are now visible for the… https://t.co/r7naFFuWw0
— David Solomone (@David Solomone)1586379614.0

Today, people in areas of the state of Punjab in northern India, have been sharing pictures of the Himalayan mountains from up to 125 miles away. The mountains have become visible for the first time in thirty years...

The reduction in air pollution led to the mountain range coming into view.

According to The Independent, The India Today Data Intelligence Unit found the air quality index improved by an average of 33 percent in the country between 16-27 March. The site also reports that nitrogen dioxide levels dropped between 10 March and 22 March, compared to the same period last year.

And people have been taking to social media to express their joy.

And of course, share their best pictures of the Himalayas.

Many were stunned when they awoke to the mountains in view...

What nature really is and how we screwed it up. This is Dhauladhar mountain range of Himachal, visible after 30 y… https://t.co/r9e4QHXtsM
— Diksha Walia (@Diksha Walia)1585923713.0

"Today morning people in Jalandhar woke up to a massive surprise. They could see what they had not seen for the last 30 years. Right in front of their eyes stood the majestic Dhauladhar mountain range of Himalayas from Himachal Pradesh. Pollution levels have dropped considerably."

What an incredible sight.

Himalaya mountains can be seen from Jalandhar since pollution has reduced in Punjab. Beautiful sight 😍#punjab… https://t.co/1OGApu7G8i
— TjSingh (@TjSingh)1585928521.0

It just goes to show that, despite all the negatives, some silver linings to come from this pandemic.