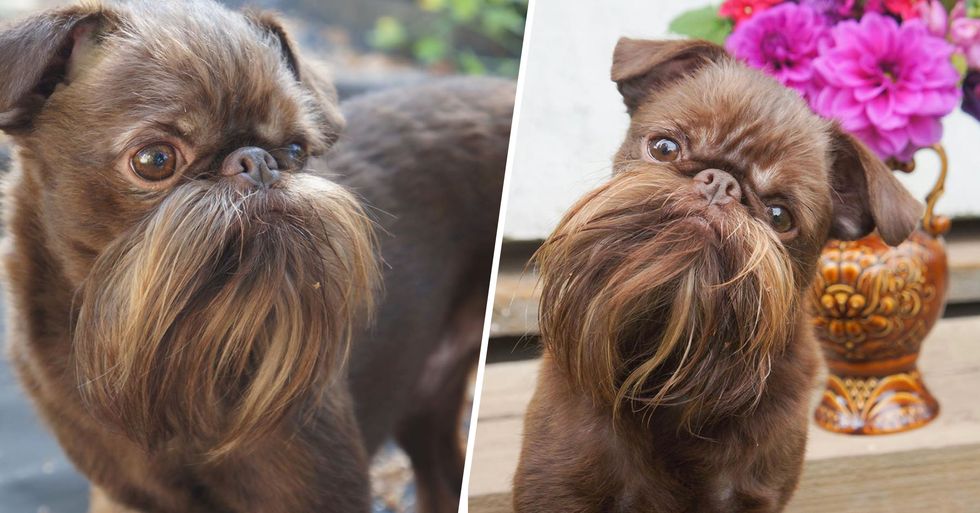 Ah, another day, another pet internet sensation. Whether it's a cat, dog, or something a bit more exotic... we all love a good old internet-famous pet.

The latest pet to take the internet by storm is an adorable pup named Nuts. What makes him so unique? He has a fully-grown beard.

Whether it’s cute cats or adorable dogs, it seems us humans just can’t get enough.

But there's one four-legged friend who stands out among the rest.

And it doesn't take much for one to go viral...

From Doug the pug to Boo the “teddy bear" dog, some of these pets have earnt more bucks than we could imagine.

One doggo has been turning heads for his unique appearance.

Yep, you read that correctly. This adorable doggo has a fully grown beard.

In fact, his appearance has earnt him an adorable nickname...

His big bushy beard has seen him be affectionately named Chewbacca by his fans online.

This well-groomed 3-year-old Belgian Griffon has the most luscious locks we've seen. Just wait until you see the snap of him eating a cream cake...

Nuts' beard first started to become noticeable when he was around 8 months old.

At first, his owner, Tatiana, didn't pay attention to her pooch's growing beard.

But soon enough, it became hard to ignore...

"Almost every day when we walk, we get reactions from random people regarding his appearance and his beard. Kids usually say that he’s a ‘funny dog’ or ‘looks like a grandpa’," she explained.

Some describe Nuts as a "hipster" dog.

"Older people always mention him as a stylish dog, saying something like: ‘Look at the beard he has.’ Some people call him hipster or even Chewbacca."

You'd assume that maintaining such glorious locks would require some kind of special treatment...

But, according to Tatiana, that's not the case. "One day I decided not to touch the beard and posted the photo after grooming to Instagram and I started to receive a lot of comments from my followers about the beard being so big." "We don’t do any special treatment for the beard, we just wash it when Nuts takes a shower. It grows by itself and the hair is so smooth we don’t even have to comb it and its never tangled. Many people say that Nuts is very trendy as it’s very popular nowadays for men to wear thick beards," she added.

It's not hard to see why this adorable chap has gone viral.

You can keep up with Nuts' adventures over on his Instagram. Want to check out another unique looking doggo? Keep scrolling to learn more about the dog with a "human face."