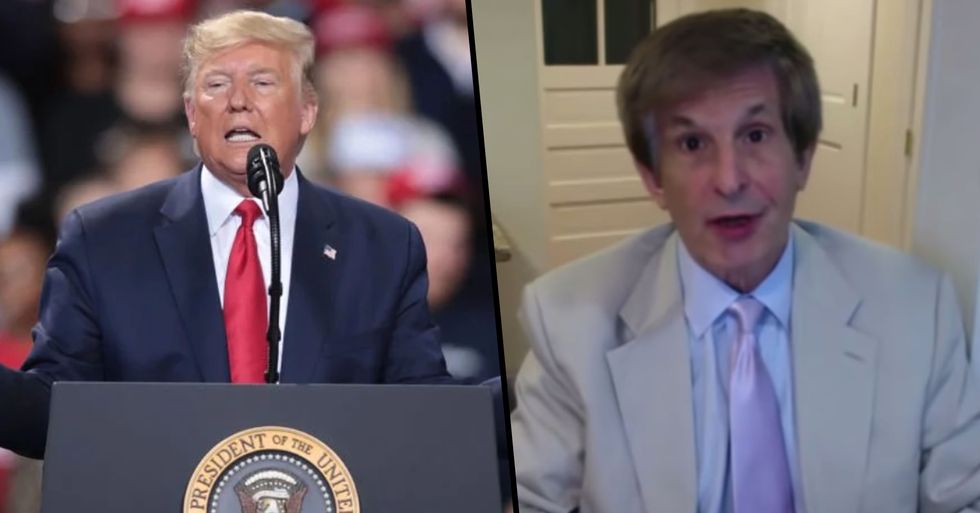 The 2020 election about to change everything and one historian has predicted who's set to take office once again, after accurately calling every single election outcome since 1984...

One historian thinks he knows exactly who's going to win this year, and he's got a pretty accurate track record...

Since the coronavirus pandemic took over the world back in March, there's no denying that Trump has been under an immense amount of pressure.

But a historian who has accurately called every election since 1984 says he already knows who's going to win this year.

Known as the "granddaddy of presidential predictions" many people take his predictions as truth.

.@realDonaldTrump’s re-election claim. Elect me president and I’ll stop the calamities happening while I am president!
— Allan Lichtman (@Allan Lichtman)1598817366.0

Allan Lichtman is a historian at The American University and his predictions aren't just any old guesses, he has accurately anticipated every election since 1984. Every. Single. One.

Lichtman’s model outlines his own "thirteen keys" to the White House that make him able to predict what will happen on November 4.

At the moment, according to available poll data, Biden is currently in a substantial lead over Trump.

Biden is polling at 49.1%, while Trump holds 42.7%, according to poll average, although it only takes a couple of non-voters for the board to change drastically.

Lichtman says his thirteen key models used to assess the likelihood of a candidate getting into office; includes factors such as the economy, foreign policy, scandals, social unrest, and charisma of the candidate.

While the model is not scientific in the slightest, his results speak for themselves.

Recently, Trump has taken to Twitter (obviously) to push his economic and market prowess in hopes that people will vote for him, claiming that if Biden wins the record high that Nasdaq has seen will "come crashing down."

Since the news of the prediction emerged...

Tons of reactions came pouring in on Twitter - and they've very mixed.

@AllanLichtman Is this the same guy who claims to not let personal political bias get in the way of his predictions? Interesting
— John A (@John A)1599839639.0

@Swampman901 @AllanLichtman It has worked for him for 36 years whenever he says one particular candidate will win I trust his prediction
— Andy (@Andy)1597181624.0

So, what exactly is the prediction?

Well, Lichtman has predicted that Joe Biden will win. What do you think? Do you agree? Keep scrolling for more on Biden and his tweet that’s gone down as the “best burn in history…"