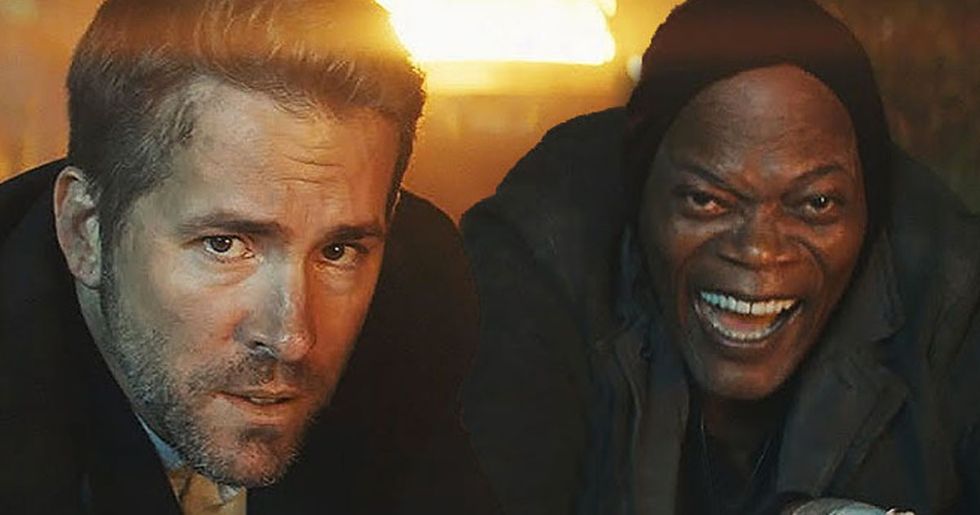 Ryan Reynolds is one of the world's most adored actors. He's known for a plethora of reasons. His marriage to Blake Lively, his hysterical Instagram posts, and his incredible relationship/rivalry with Hugh Jackman.

But let's not forget his unbelievable body of work. Reynolds is much more prolific in his field than many others, and seems to be dropping great films left, right, and center.

And now we have some more news. Reynolds film with none other than Samuel L Jackson is dropping in just a matter of months.

Keep scrolling to find out more!

Ryan and his wife, Blake Lively, are undeniably couple goals.

With his acting skills combined with this witty humor, Reynolds has gained himself a huge, worldwide fanbase.

People all over the world love the actor...

And many clamor at the opportunity to see him in the flesh.

But, with a fanbase as large as his...

Disaster is always around the corner.

And Ryan found himself in a rather dangerous situation last weekend as a result of his large following...

The actor was promoting his new film, Free Guy, at the CCXP, a Comic-Con event, in Sao Paulo, Brazil on Saturday, when things got a little hairy...

And is an action-comedy which centers on a bank worker who discovers he is actually a background character in a video game, called Free City, which is set to go offline.

The movie has been highly-anticipated by fans of Disney and Reynolds alike...

So, obviously, thousands of excitable and star-struck fans flocked to Sao Paulo's Comic-Con event to see the actor in the flesh.

But the crowds turned out to be a little too much...

As the barriers couldn't quite contain them all.

Ryan was interacting with the crowd...

But suddenly, the barrier containing the hoards of excitable fans collapsed, very nearly crushing the actor.

Reynolds was seen stepping down off the stage to greet his fans...

But, as he was stood along the barrier, the army of jostling fans clearly proved to be too much, and subsequently made the barrier collapse.

The barrier fell and the crowd spilled out into the path of the actor, who miraculously managed to scramble to safety in mere seconds.

You can see footage of the event here...

The actor was scarily close to being crushed by hundreds of people, and it is a miracle that he managed to leap out of the way just in time.

Another angle shows the severity of the situation...

But it also shows how the actor assists with the security team to get the barrier re-erected.

No one is reported to have been injured in the accident...

And Ryan escaped without even a cut or a scrape. What a miracle! For more on Ryan Reynolds and his Deadpool franchise, keep scrolling...

His most latest film, 6 Underground, is receiving rave reviews after it dropped on Netflix last week. Despite only being available on the streaming platform for a matter of hours many are already calling for a sequel.

And his upcoming film has a release date.

Ryan Reynolds, Samuel L Jackson, and Salma Hayek. What could be better? Well the good news is, the Hitman's Bodyguard 2 is dropping in August.

According to The Hollywood Reporter, the Hitman's Bodyguard 2 will drop on August 28th next year and fans could not be any more excited.

The film has an incredible cast.

The first film was an instant hit.

The original Hitman's Bodyguard was an instant success, earning $177 million worldwide against a $30 million budget. So yeah, we're pretty excited for the sequel!