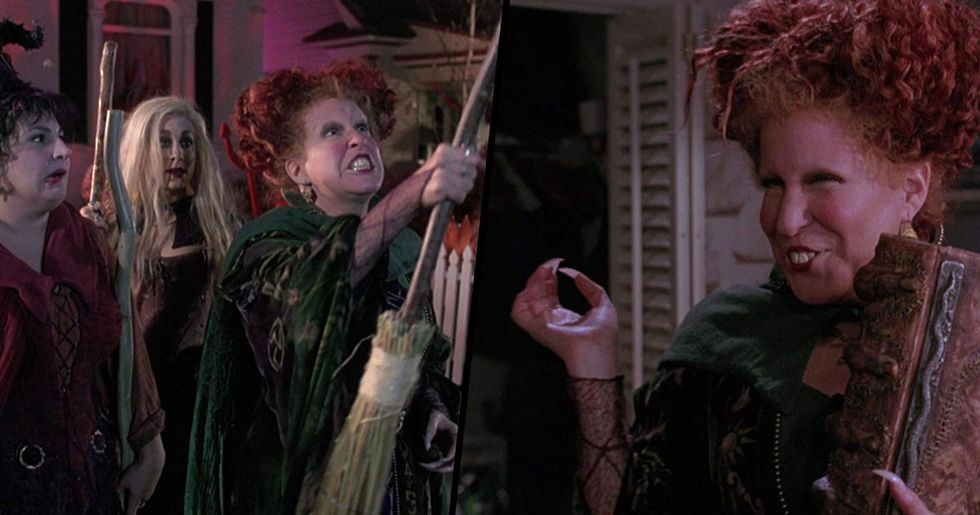 As we hurtle towards Halloween, what could be better news than a Hocus Pocus sequel? Well, it seems that nearly 3 decades on from its release, a second installment is reportedly in the works for Disney's new streaming platform, Disney +.

The witchy comedy is the pinnacle of all things spooky and has cemented itself as a firm favorite for Disney fans during the ghoulish festivities. Set in no other than Salem, the flick centers on a coven of 3 witches who are accidentally freed into the abandoned house they used to reside in.

Despite not being a huge box office hit, the movie has become something of a cult classic.

And the news just keeps getting better and better, as not only will we be getting a sequel to the beloved classic, but the original cast may be returning too.

Released nearly 3 decades ago, the movie is a go-to spooky flick. Let's be honest, it's impossible to celebrate Halloween without giving it a watch at least once.

The movie, set in Salem, follows a boy named Max as he accidentally frees a coven of witches.

Played by Bette Midler, Sarah Jessica Parker, and Kathy Najimy, the witchy sisters are resurrected in the abandoned house they used to live in.

They were originally executed in the seventeenth century for practicing dark witchcraft...

And they have one night to secure their continual existence in modern-day society.

The witches try to get used to twentieth-century life...

And to their horror, they discover that Halloween has become a holiday celebrated by millions across the globe.

Surprisingly, Hocus Pocus opened to a disappointing reception at the box office.

The movie scored just $39 million at the global box office on a $28 million budget and fail to garner any significant critical acclaim.

But, despite not being a huge success...

The movie has firmly cemented itself as a cult classic amongst Disney fans.

But there's some exciting news...

Hocus Pocus 2 is officially happening and we literally cannot contain our excitement.

The sequel will be hitting Disney's new streaming platform, Disney +.

Launching November 12, Disney + will be competing with the likes of the streaming giant, Netflix, which remains firmly at the top of the deck, rising star, Hulu, and of course, the slew of other streaming services launching in the coming months, to bring us a whole host of Disney content.

The project is now in development.

Workaholics writer and co-producer Jen D’Angelo is said to be on board to curate the script. As for the cast and plot, details are extremely scarce, given how early in the stages of production it's in. But Disney says it hopes the original cast will want to reprise their roles, although they aren't officially attached to the project for the moment.

Though it's looking like we might not see the movie for some time, fans were still pretty happy with the announcement. Although many said that Disney should bring back the original cast or not bother at all. As we await more details on the upcoming sequel, keep scrolling to see the other offerings heading to Disney + when it launches next month.